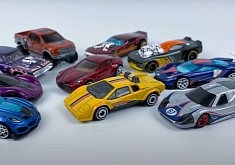 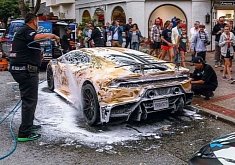 Got Water? Californian Huracan Performante Gets Hosed Down on the Street

Feel A Taste Of Dakar With This New Trip In 2017

This Is China’s Largest Upcoming Motorcycle

7 Dec 2016, 14:45 UTC / China reveals plans for its largest bike yet. It will be sold as a QJiang, and it might also spawn a Benelli model for international markets

Make Your Own Triumph Bobber With British Customs Parts

24 Oct 2016, 13:09 UTC / If you already have cruiser from Triumph and that new Bobber of theirs got your blood boiling, here’s a new British Customs kit to turn yours into one

6 Sep 2016, 13:47 UTC / Ride smart in your future adventures with some new Dry Pods-fitted waterproof saddlebags from Giant Loop. Keep stuff dry or your beer on ice

26 Aug 2016, 13:59 UTC / Roadhouse is a combination of country, rock and western, and that perfectly matches the style of Indian motorcycles. Reason for Gil Edwards to make the switch

17 Aug 2016, 11:51 UTC / If you happen to have $25 million to spare, then please, do yourself a favor and invest that mountain of green dollar bills on this bewitching machine

3 Aug 2016, 12:54 UTC / Traveling around the globe on a motorcycle is the ultimate trip, and this young Australian started it when he was 16 years old