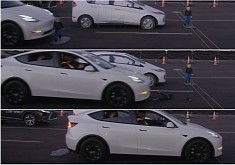 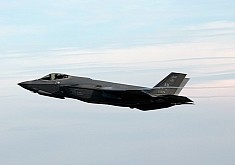 24 Nov 2021, 13:55 UTC / NAWA Technologies has unveiled the first rideable prototype of its e-motorbike, the Racer. It comes with a hybrid battery. It is a world-first configuration

22 Jan 2019, 09:16 UTC / The bike has been built on an upgraded chassis set-up fitted with a Testastretta DVT 1262 engine and a six speed transmission

2 Apr 2018, 12:18 UTC / MV Agusta to revive the Cagiva name at the end of the year, as an electric off-road motorcycle. Details have not yet been released.

The Ducati Panigale V4 Got Crowned Queen Of EICMA 2017

15 Nov 2016, 15:58 UTC / The race for a functional, affordable augmented reality riding helmet is on as Sony is collaborating with Nolan over HUD-enhanced gear

15 Nov 2016, 13:46 UTC / BMW Motorrad is preparing its most exclusive motorcycle so far which has been previewed by the HP4 RACE prototype at EICMA

11 Nov 2016, 15:59 UTC / Vespa will join the ecologic trend by releasing the electric version of the most iconic scooter on the planet - here’s the Vespa Elettrica project

11 Nov 2016, 14:28 UTC / BMW Motorrad is working behind the curtains to integrate more infotainment technology into future bikes and here’s the latest ConnectedRide Concept

Husqvarna Vitpilen 401 and Svartpilen 401 In Production Shape At EICMA