Ducati’s second cruiser family, the Diavel, is about to get major refresh this year with the market launch, as of February, of the new Diavel 1260 range.

Ducati announced this week that production of the model began at the factory in Borgo Panigale, and the very first Diavel 1260 already rolled off the assembly lines.

The bike was first shown last year at the 2018 EICMA motorcycle show in Milan, eight years after the original Diavel was presented at the same event.

The 1260 is for all intents and purposes the second generation of the nameplate, and promises to come with “more assertive lines and higher performance.”

Technically, the bike has been built on an upgraded chassis set-up fitted with a Bosch cornering ABS. On the chassis sits a Testastretta DVT 1262 engine with Desmodromic Variable Timing and a six-speed transmission.

The rider’s seating position has been reworked as well, now providing for a more upright and lowered stance.

For the hardcore fans, Ducati will also offer a sportier S version of the Diavel 1260, one that sports special Öhlins suspension, dedicated wheels, an improved braking system, and Ducati Quick Shift up & down Evo as standard.

The model will begin arriving at European dealers in February, with the U.S. bound ones set to arrive at a later date. For the American folks, the bike will sell for $19,995 as the regular model and $22,995 for the S variant. 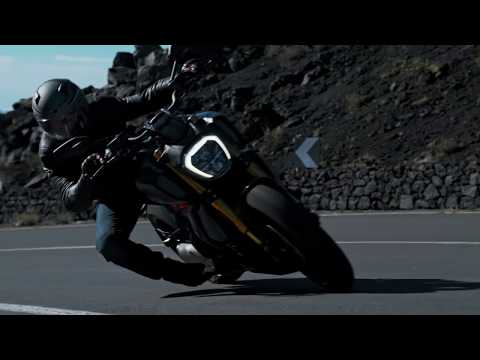