3 Dallara Said To Prepare KTM X-Bow Rival, It Will Be More Expensive

5 KTM X-Bow R Gets a Modest Facelift for 2017 Model Year
Car video reviews:
Up Next

KTM has recently unveiled the new 790 Duke prototype created with scalpel precision to offer the best road performance in the near future. But that’s not all, as the company’s most powerful naked bike is back to top off the range in a new shape, with more power and better technology - meet the 1290 Super Duke R 2.0.
4 photos

“The DUKE brand is how KTM really hit the street 22 years ago and for model year 2017 this sub-brand really comes out fighting,” said CEO Stefan Pierer. “From the 125 to 1301cc, each and every model punches out the true core values of KTM and the attitude of DUKE. To underline the importance of this range of naked machines, with the 790 DUKE prototype we can give you a look into the future and an all-new source of power from KTM.”

The trellis frame has been slightly modified while the whole rear subframe has been reengineered and it’s so nice to look at that the designers decided it should be in plain sight. Yep, the tail of the bike is completely redesigned to come with as little plastic as possible to let all the scaffolding in plain sight.

Speaking of design, the headlight is completely new, adopting that split shape with new LED daytime running lights. The radiator shrouds are new and appear to integrate better with the gas tank’s shapes.

On the mechanical side, every bit, byte, nut and bolt wants you to ride fast and stay in control. You can count on a wider, lower handlebar, massive Brembo monoblock brakes, MSC with Bosch cornering ABS, WP suspension, optional two-way quick shifter, a multifunctional TFT display and full LED lights. 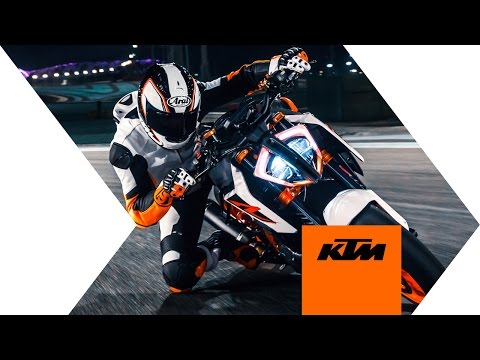