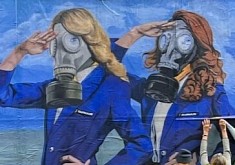 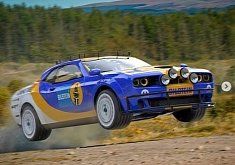 14 Sep 2022, 10:12 UTC / RDB LA claim that they don't "really do clickbait," but this video reveals the opposite. At least no supercar was damaged while the camera kept rolling

13 Jul 2022, 10:04 UTC / The annual Dolores Hill Bomb event in San Francisco again ended with a vandalized car, this time a Waymo self-driving vehicle that was operating in manual mode

Tesla Superchargers Vandals Give Cord-Cutting a Dark New Meaning, We All Know Why

10 May 2022, 08:26 UTC / Many Tesla Supercharger stations across the U.S. have got their cables cut and people wonder what is the real purpose of these actions

4 Oct 2019, 11:09 UTC / Police suspect 59-year-old Randall Williams may have been vandalizing e-scooters since April, damaging at least 140 in his spree

11 Sep 2019, 09:57 UTC / The homeless man went on a rampage in a parking lot, admitted to the police and claimed he did it because Donald Trump owed him “a trillion dollars”

Woman Steals Police Cruiser at Car Wash, Almost Gets Away With It

8 Apr 2019, 14:57 UTC / A police unit responded to a call of an attempted carjacking, put the woman in handcuffs in the back of the patrol car. So she stole that one instead

25 Jan 2019, 14:30 UTC / Two boys studying at the Framlingham College in Suffolk, UK, vandalized 4 cars on a night out, will have to say sorry to the victims face to face

Someone is Smashing Car Windows, Mirrors With Pumpkins in New Hampshire

29 Oct 2018, 14:22 UTC / Nashua Police are looking for the culprits, want other victims to come forward so they can help with the investigation and tracking down of those responsible

5 Jan 2018, 12:13 UTC / The ordeal of this Lamborghini Huracan Avio involved much more than your average let's-key-this-as-I-walk-by affair, as you can notice in these images

Welcome to the Future: Drunk Guy Beats Up Security Robot In Parking Lot

27 Apr 2017, 14:53 UTC / Working in security can be dangerous, and it looks like robots do not have it easier than humans. A drunk guy assaulted a robot that was surveying a parking lot

Vengeful Husband Fills Wife's Car With Concrete, This Looks Like An Easy Divorce

14 Apr 2017, 15:00 UTC / A Russian man commissioned a truck to fill his wife's car, her pride and joy, with concrete. He wanted to revenge her name change for a supermarket promotion

3 Apr 2017, 08:16 UTC / Peter Maddox, an 84-year-old Vauxhall Corsa owner, made headlines after his car was vandalized for being "too yellow." About 100 cars paraded to support him

29 Mar 2017, 08:13 UTC / In a moment of inspiration, Vauxhall decided to rename the Corsa's yellow color into Maddox Yellow in support of a pensioner who had his car vandalized

6 Feb 2017, 09:19 UTC / A resident of Bibury has had his Vauxhall Corsa vandalized for being too yellow. It is believed that tourists keyed it because it ruined their photos

Ford Mustang Boss 302 "The Hulk" Set on Fire by Vandals: Even the Photos Hurt

26 Aug 2015, 18:14 UTC / When a man who has owned multiple Mustangs over the years sees his Boss 302 destroyed by vandals, you know it hurts. Luckily, the guy has full coverage

Aston Martin Gets Keyed by Father Pushing Baby in a Stroller, Vandalism Caught on Dash Cam

18 Aug 2015, 08:45 UTC / The footage doesn’t allow us to see the part of the vandalism act where the car is scratched, but the soundtrack is extremely painful

Not All Drivers Loved HitchBOT - People Found It Decapitated in Philadelphia

4 Aug 2015, 14:50 UTC / Elon Musk was one of many millionaires who have been talking about the risk artificial intelligence implies, but some people took it a little too far.