4 That Viral Video of a Vandalized Bugatti Chiron is Fake

Watching an average car getting vandalized is already a tearful process for us petrolheads. However, when the vehicle in question is a blue-blooded exotic, like the Lamborghini Aventador, it is even more painful.
9 photos

At first, I thought I actually stumbled upon a REAL vandalism video while scrolling on YouTube for interesting topics. You have a man wearing a hoodie approaching the supercar with a spray paint can in his hand, and he starts ‘redecorating’ the left side of the Aventador.

The first red flag should have been the person holding the camera on the other side of the street, who was waiting for something ‘bad’ to happen. Then, another guy comes out of the RDB LA shop and almost catches the ‘criminal,’ who even fell down while trying to get away. The employee did nothing to stop him and didn’t even bother to go after him, so that’s another red flag right there.

Security camera footage reveals what we already told you, albeit from a different angle, and then a representative from the tuning company proceeds to ‘blame’ the act, stating that the ‘villain’ ran away on Sunset Boulevard, because this staged incident happened in Hollywood. ‘Fortunately,’ both for them, and the owner of the Lambo, the car was supposed to go through a “full body change, and paint color change,” so no harm was done after all.

Still, scrolling through the comments on the video shared on YouTube earlier this week, we obviously saw the one pinned by RDB LA, in which they admit that it was nothing more than a fake stunt. “Sorry guys, we obviously shot a little skit with the spray paint footage. We don’t really do clickbait, but with the opportunity at hand, why not! […] Only reason why did it, and the customer requested!” Guess you guys actually do clickbait, don’t you? 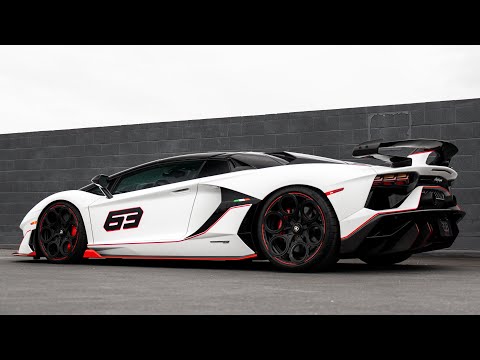