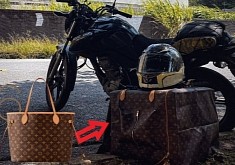 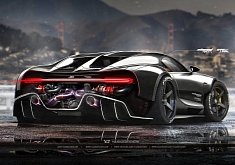 26 Sep 2022, 08:23 UTC · By: Aurel Niculescu / Kleber Silva, the Brazil-based virtual artist known as “KDesign AG” on social media, tries to make sure no one gets bored with his quirky Mopar ideas

13 Jun 2022, 07:21 UTC · By: Aurel Niculescu / The virtual artist better known as “SRK Designs” on social media has decided to play with an American crossover and turn it into a unibody compact truck

2022 Jeep Compass Gains Night Eagle Trim Level, It's the Most Affordable of the Bunch

18 Feb 2022, 07:31 UTC · By: Cristian Gnaticov / Joining the (RED) Edition models, the 2022 Jeep Compass Altitude Package is now up for grabs in the United States, bringing special looks inside and out

20 Jan 2022, 11:07 UTC · By: Sergiu Tudose / Upland variants of the Jeep Renegade and Compass 4xe will feature a new and exclusive Matter Azur colorway, with a two-tone black roof and bronze accents

23 Sep 2021, 08:15 UTC · By: Aurel Niculescu / Bono and Bobby Shriver's (RED) charity has inked a deal with Stellantis that will see Jeep, Ram, and Fiat as the first multi-brand automotive partners

2 Jul 2021, 14:45 UTC · By: Vlad Mitrache / The Compass isn't the most capable member of the Jeep lineup, but it's not necessarily its off-roading limits that got it stuck on this occasion

6 Apr 2021, 11:12 UTC · By: Aurel Niculescu / Jeep calls it the “New Compass” and claims we're dealing with “a completely new model,” but let's be frank, this is a facelift with some interesting changes

Google Brings Back a Google Maps Feature That Everybody Loved

3 Apr 2021, 05:31 UTC · By: Bogdan Popa / The compass is making a comeback on Android devices after the Mountain View-based search giant originally removed it back in 2019

28 Jan 2021, 16:15 UTC · By: Aurel Niculescu / Numerous celebrations set throughout the year will mark the milestone, and Jeep is also debuting a new loyalty program along with the special edition models

3 Jul 2020, 13:28 UTC · By: Aurel Niculescu / U.S. residents need to wait a little longer because Jeep is opening reservations for the European models only, available for order in Italy and France

8 Oct 2018, 14:53 UTC · By: Daniel Patrascu / Opel confirms that the front end used on the GT X Experimental concept will make its way into production cars in two years' time.

Jeep Compass Shows Off New Styling Direction In Geneva, It's A Big Improvement

9 Mar 2017, 10:15 UTC · By: Sebastian Toma / The first generation of the Jeep Compass had an unconventional styling that did not bring it many fans. This will change with the 2017 model, unveiled in Geneva

2017 Jeep Compass Revealed, Will Be Shown In USA At LA Auto Show

27 Sep 2016, 08:01 UTC · By: Sebastian Toma / Jeep has opened an assembly plant in Brazil, and the American automaker took advantage of the opportunity to reveal the 2017 Compass before the LA Auto Show

23 Sep 2016, 11:59 UTC · By: Sebastian Toma / The 2017 Jeep Compass has been spotted without camouflage in China. It is built for the domestic market by a joint venture between Guangzhou and Fiat Chrysler

Jeep Compass to Arrive in Australia at the End of 2011

4 Aug 2011, 08:25 UTC · By: Mihnea Radu / What you are looking at is not the Grand Cherokee, but one of its smaller brothers. That’s because the new model year brings a nosejob and some standard equipment upgrades for the Compass that...

18 Jul 2011, 07:13 UTC · By: Dragos Serban / Rumors are that Jeep is planning a B-segment crossover that will challenge directly the Mini Countryman. The lighter Jeep is being referred to internally as “SS”, which stands for super ...

28 Feb 2011, 15:44 UTC · By: Alina Dumitrache / The Jeep brand had just announced the launch of a new campaign that focuses on the 2011 Jeep Compass model, emphasizing the feeling of confidence, independence and freedom. Dubbed “Bloodline&r...