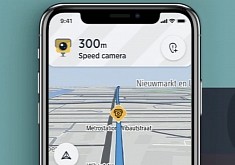 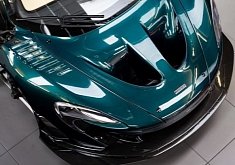 Tom Cruise Launches 500 Feet in the Air on Dirtbike, Pulls Off Difficult Stunt

24 Aug 2020, 12:21 UTC · By: Elena Gorgan / This is said to be the most expensive stunt ever performed in the UK, and trial runs almost set the entire set on fire when the dirtbike exploded

13 Aug 2020, 09:59 UTC · By: Elena Gorgan / This should have been the biggest and most spectacular stunt shot in the UK. Things didn’t go as planned and the landing of the bike set fire to the entire set

Like a Boss: Tom Cruise Lands Helicopter at Golf Club for Lunch Date

20 Jul 2020, 04:46 UTC · By: Elena Gorgan / When you’re Tom Cruise, you drop from the sky for important meetings. Actor shows up at the Richmond Golf Club in London, causes a stir

Brad Pitt, Leonardo DiCaprio’s Rides in Once Upon a Time Hit the Auction Block

7 Jul 2020, 03:03 UTC · By: Elena Gorgan / The studio is renting a piece of land from a local farmer in Oxfordshire, where Cruise asked that a dirt track be built so he could rehearse some of the stunts

Tom Cruise Won’t Be Living Out of an RV After All, Even If It’s a Luxury One

9 Jun 2020, 05:44 UTC · By: Elena Gorgan / Actor flies into the UK and is getting ready to resume shooting on the seventh Mission: Impossible movie. He will be living in a rented pad during production

3 Jun 2020, 04:22 UTC · By: Elena Gorgan / The actor and producer is investing in on-site housing to restart the production on the seventh installment of the Mission: Impossible franchise, says report

27 May 2020, 04:13 UTC · By: Elena Gorgan / NASA and SpaceX will be flying Cruise to space, along with director Doug Liman. Liman and Cruise penned the first draft of the script and will co-produce

Tom Cruise’s Training for Space Movie Will Include Bathroom Use, Eating Solids

8 May 2020, 06:20 UTC · By: Elena Gorgan / The action hero will be shooting a movie on the ISS space station, thanks to a partnership with NASA and SpaceX. Training will be unlike anything he’s done befo

Tom Cruise Plans to Shoot a Movie in Space, Elon Musk to Take Him There

5 May 2020, 09:32 UTC · By: Daniel Patrascu / Reports surface that Tom Cruise, Elon Musk and NASA are working on a new movie (early stages) that should be shot in outer space

3 Apr 2020, 04:12 UTC · By: Elena Gorgan / Tom Cruise breaks the news to fans: the film won’t be out until December, so those who waited over 3 decades for the sequel will have to wait some more

18 Mar 2020, 06:37 UTC · By: Elena Gorgan / The entire production moves from Italy to the UK, shooting is still underway on closed set and at the test track in Surrey, England

3 Feb 2020, 14:43 UTC · By: Elena Gorgan / 30-second preview packs a mighty punch in terms of action, also delivers some background story for fans. Maverick is back and he’s in trouble (again)

If Tom Cruise Says He’ll Fly a Super Hornet in Maverick, He Flies It

20 Dec 2019, 13:15 UTC · By: Elena Gorgan / Behind-the-scenes footage from the set of Top Gun: Maverick shows the extent of Pentagon’s involvement in the making of the film

The Legend Is Back for More Dogfighting in Top Gun: Maverick Trailer

16 Dec 2019, 21:31 UTC · By: Elena Gorgan / Tom Cruise returns as Captain Maverick to teach a new class of students all about aerial battles and spirited one-liners

Tom Cruise Is the Man When It Comes to Driving, Riding or Jumping Out of Stuff

16 Oct 2019, 18:13 UTC · By: Elena Gorgan / Cruise may very well be the last action movie star and he deserves credit for that. Here’s to the actor who’s doing most of his stunts, even the dangerous ones

19 Jul 2019, 09:02 UTC · By: Daniel Patrascu / First Top Gun Maverick trailer released, shows Tom Cruise on board a fighter jet. Contrary to urban myths, he is not actually flying the plane

Badass Grannie is Oldest Skydiver in The World at 102

14 Dec 2018, 13:46 UTC · By: Elena Gorgan / Irene O’Shea from Australia skydived for the second time in her life to break her own record and raise awareness for the disease that killed her daughter