1 This 1969 Volkswagen Super Bugger Is a Tiny RV With a Cute Face, Doesn't Come Cheap

2 Adria's Supersonic Is the Peak of Interior and Automotive Design, With a Touch of Yachting

4 1985 Mercedes-Benz Unimog Is the Ultimate Off-Road Camper, Won't Come Cheap at All

5 The Campulance Is the Afterlife of an Ambulance That Made It Into a Capable RV
Car video reviews:
Coverstory

Yes, it's RV Month here on autoevolution, and with that, you're sure to be flooded with wild and wonderous vehicles meant to keep you alive and comfortable as you explore the world. But do they need to rip a hole in your budget? No!

Speaking of RVs that won't leave you scrounging for pennies at the pump, I decided to check out how they do things overseas, in the U.K., to be more precise. It's here that I ran across Bailey of Bristol, a crew that's been around since 1948, making them one of the godfathers of the British RV scene.

As I explored all that this still family-owned and operated business has to offer, I ran across a mobile home that's using nothing more than a Ford chassis and motor, the Adamo. Why is another RV a big deal? Well, one aspect that's sure to force your noggin into attention is that these puppies start off at no more than £69K, equating to roughly $82,500 (at current exchange rates). While that may still sound like quite the pretty penny, I've seen camper vans priced higher than this machine and nowhere near as equipped and ready for adventure.

Now, to get an idea of what your life may be like with this RV, let's take a little journey through imagination. Picture that you purchased an Adamo and are set to be traveling the world for the next couple of weeks. Well, you'll be able to bring along your significant other and/or a couple of friends too. With the ability to sleep up to four guests and seat eight while in transit, it sounds like Bailey doesn't want you traveling alone. After all, it can get quite dull on the open road.

Once everyone is ready to go, you head towards that "X" on your map. It's here that the Ford Transit Cab takes over with a 2.0-liter engine with an automatic gearbox; no having to worry about hitting the right gears as you climb hills and come out of turns. While a Transit chassis is used for this vehicle, the habitat is an Alu-Tech bodyshell. Combined with a Truma Combi 4E heating system, your environment is now ready.

After driving for a few hours, you finally pull over for the day with a few hours left to set up your campsite and taste the upcoming adventures. Now, what I'm about to describe may seem a tad unreal, but with the level of storage space the Adamo boasts, your campsite could very well include a few chairs, a table, portable solar panels, an outdoor grill, and even a few e-bikes and/or kayaks leaning up against your dwelling. And that's just the beginning of this adventure.

With everything in its place, you decide it's time to show off your cooking skills and proceed to access Adamo's interior galley. Here you'll be able to access a three-burner hub with a flush countertop to help you unfurl your mess and a sink with running water to keep clean. Once everyone is nice and fed, it's time to sit around and enjoy some campfire music. Not a fan of mosquitoes? Why not take a seat inside and fire up the old TV found mounted on a wall in the dining area. Why you'd bring a TV with you on outdoor adventures, I don't know, but it's your life and cash, do as you please.

Later in the evening, it's time to wash up and get ready for bed. Here's where I found the Adamo to be rather neat. Because two of the three floorplans showcase a split bathroom, a shower to one side, and a toilet to the other, you don't have to sit there holding it in as someone takes a shower. Trust me, it's not a feature to be neglected.

As for sleeping, all units feature space for four guests to lay their heads, but your bank account will determine if you'll all be sleeping stacked one on top of the other or spread out across two beds found at the front and rear of the RV. If you've traveled with eight on this trip, you'll have to break out the tents.

Speaking of breaking out tents, the last main feature I want to point out is the garage that Bailey has integrated into the Adamo's shell. At the rear of this bugger, there's a sizeable pass-through space available that isn't just fit for things like clothing, shoes, and gas tanks, but you can fit entire bicycles in this bugger.

Just imagine waking up in the morning, a new day's sun rising on the horizon, and you and your loved ones or friends getting dressed, fed, and ready to go on the day's adventures. This time around, you brought your electric longboards to demolish the local terrain. Once that's done, come home to your Adamo and get ready to do it all again tomorrow. Sounds like a plan if you ask me. Just a little something-something to bring to your attention. 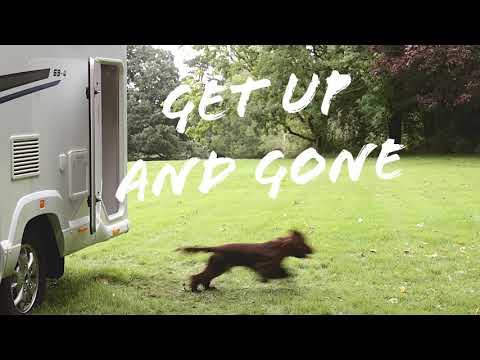 Editor's note: This article was not sponsored or supported by a third-party.
Images in the gallery display an array of interior for multiple Adamo floorplans.