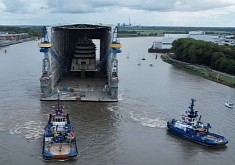 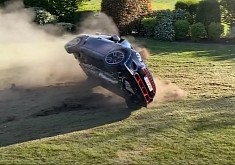 Home > News > Autoevolution's RV Month
To some extent, the concept of a mobile home has been around for far longer than the automobile. In fact, one could say mobile homes were first, and they can trace their origins to the animal-drawn carts and such, the ones nomads used as far back as thousands of years ago.

Because for a long part of their history humans have been on the move, those animal-drawn carts evolved over time into carriages, which could be used to transport whatever the humans of the time needed for both living and fighting. Then we got stuff like the European stage wagons, the gypsy vardos, or the American covered wagons, which usually organized in the so-called trains that the early settlers used in their search for a more stable home.

Once humans largely settled and became the civilization we know today, and the automobile arrived, animal-drawn wagons were dropped, but the need to head to the great outdoor from time to time remained. In a nutshell, this is why we still have recreational vehicles today.

Coming in a wide variety of shapes and sizes, from campers and caravans to motor homes and trailers, these RVs as we now know them exploded in popularity during the early years of the coronavirus pandemic, when being around other people in hotels and elsewhere was not the best of ideas.

Because of their popularity, we’ve decided here on autoevolution to dedicate an entire month to these recreational vehicles, the ones that, in a single package, offer transport, accommodation, and feeding. Enter July, RV Month.

31 Jul 2022, 19:20 UTC / Get a rugged and trusty Army overlander with a diesel engine, strap a motorcycle on it and hit the road, said a doctor and a mathematician from Switzerland

31 Jul 2022, 13:45 UTC / Our virtual Ford Motorhome adventures on the racetrack have come to an end, at least for the time being. So we chose the Green Hell for one last race!

Tiny GMC Motorhome Is a Classic Hot Wheels Casting, You Can Still Get One

31 Jul 2022, 12:53 UTC / The Hot Wheels GMC Motorhome is a bit of a forgotten treasure, as it hasn't been in stores for almost a decade now. But there are plenty of them for sale online

Luzifer Is a Fifth-Wheel Trailer Like No Other, the Perfect Family RV

29 Jul 2022, 13:42 UTC / If you have two Volkswagen Transporter Vans and one them is headed to the scrapyard, you might as well build yourself a fifth-wheel trailer out of it

29 Jul 2022, 08:19 UTC / Maxmess Design is offering an aluminum trailer with 3D-printed parts that doubles as a single-person house for a cyclist looking for adventures outside the city

29 Jul 2022, 01:07 UTC / This horse truck certainly stands out. That's because it was converted into a cozy tiny home that doubles as a hair salon

A Rare, Possibly Unique Victorian Mobile Photography Studio Is Up for Sale

28 Jul 2022, 13:37 UTC / Originally set up by famed photographer John Pouncy and his son, the mobile studio, once drawn by horses, was used to that same purpose afterwards

The First-Ever RV: The Gypsy Van, a 1915 Landyacht With Rooftop Garden and Hot Water

28 Jul 2022, 09:13 UTC / Roland Conklin ran a bus coach business in New York and was wealthy, so he decided to go on a very noteworthy transcontinental journey

26 Jul 2022, 23:41 UTC / An apparently boring van becomes an awesome adventure-ready beast with an unusual "inside-outside deck" and a clever layout

26 Jul 2022, 21:15 UTC / Rest assured, someone intended to eat, sleep, and maybe even bathe in the back of this bizarre creation. But little remains from this period in its life

Kelly Picker’s Faye Motorhome, a Custom Tour Bus With Its Own Spa and Shoe Display

26 Jul 2022, 12:22 UTC / When the country singer toured the country, she never stayed at hotels because she had all the comforts of home on her custom Prevost tour bus

The Lacroix Cruiser Is How You Turn an Old Bus Into a Cozy, Gorgeous Home

26 Jul 2022, 04:56 UTC / Yvan and Sylvie Lacroix are semi-retired and live on the road in the 1995 MCI bus they converted themselves and now call the Lacroix Cruiser

Couple Breathes New Life Into Old 1985 RV, Transforms It Into a Chic Home on Wheels

25 Jul 2022, 15:17 UTC / This is Eddie, a 1985 Nissan motorhome that was completely renovated. The interior, although compact, has enough room for a couple and their furry friend

This Nissan Camper Van Has a Li-Ion Battery, but It's Not What You Think

25 Jul 2022, 08:33 UTC / Sussex Campervans packs a petrol-powered Nissan NV200 with the Li-Ion battery of an e-NV200 to offer both a long range and an all-electric camping experience

25 Jul 2022, 05:04 UTC / Adrien and Karli are a mixed-nationality couple living in a 1997 bus. The duo decided to build a motorhome and hit the road. Meet Guinguette the school bus