2 1977 GMC Motorhome Coachman Royale Is More Than a Home, Will Outlast You

5 This 1973 GMC Motorhome Is a Classy Answer to Your Off-Grid Questions
Car video reviews:
Up Next

This is the last day for RV Month here on autoevolution. And I thought I'd give you an interesting piece of information that some of you might not have known until now. If you're dreaming about owning a motorhome one day but can afford one just yet, we've got a budget-friendly alternative for you. Sure, it will only be good for display purposes, but it might help you find the patience and determination to go out there and buy a real one soon.

Tiny GMC Motorhome Is a Classic Hot Wheels Casting, You Can Still Get One

Back in the 1970s, a Hot Wheels designer by the name of Bob Rosas got in touch with the GMC management to discuss an interesting idea. Hot Wheels was planning on building a model replica of the GMC Motorhome, and Bob would be working with Larry Wood to bring it to life.

Corporate management said yes, and asked for a limited edition of gold-plated models to give away as gifts to several people. You won't just come across these valuable items on eBay, but that doesn't mean you should stop trying.

About a year ago, a user on a Reddit Hot Wheels subforum posted a photo of the gold-plated item, mentioning that his grandmother had received it as a gift back in the day. When that happened, she was the president of a GMC Motorhome club.

But you can console yourself with the thought that there are plenty of other variations for this casting out there. In fact, between 1977 to 2014, Mattel released just under 40 different takes on this machine.

If you're familiar with GMC's model, you might notice the fact that Rosas had to shorten it by about 10 feet to maintain the scale at Hot Wheels size. But that's not going to make this item any less desirable.

Looking for it on eBay, you'll find hundreds of listings. Some of these motorhomes are still featured in their original blister, which means they're brand new once you open them up. Others weren't as fortunate, but you can always restore them to their original glory with a bit of time and some basic skills.

There's a link below that should give you an idea of what it is you need to do to get it done. One of the most expensive items you'll find on eBay will set you back $400, while some of the cheapest will only cost a few bucks.

If you're trying to find some of the rarer models, we would suggest looking for the 2005 RLC sELECTIONs Motorhome in Spectraflame Blue. Mattel only produced 9,282 units for that model, but you can still find it for as cheap as $30.

There's even a Treasure Hunt version in Metalflake Silver, which you can buy for about $10. This came out back in 2009, and it seems that there were two slightly different options: one had regular wheels, and the other used Real Riders rims!

This wouldn't be the last time Mattel delivered this product with Real Riders wheels. History would repeat itself in 2012 with the occasion of the Nostalgia: Atari set. The GMC replica model was featured in a dark shade of Metalflake Blue, with Atari logos on the side. This might just be one of the Top 5 variants available, and we even found one for just over $15.

In 2013, this vehicle was part of the Pop Culture: King Features Syndicate alongside other castings such as the Volkswagen T-1 Drag Bus, the 1956 Chevy Nomad Delivery, and the fictional Haulin' Gas. The model was finished in Dark Olive Green. And the livery referenced Beetle Bailey, an American comic strip that was created by Mort Walker.

The last time we saw this classic Hot Wheels casting, Barack Obama was still President of the United States of America. It was part of the Hot Wheels Entertainment: Stripes series and featured a nice shade of Beige and Green with an interior design that revealed quite a few details. The guys over at Lamley Group reviewed this model back when it came out, and it's certainly one to get for your diecast display at home.

This might just be the start of a new collection for both you and us. Getting all the variations of the Hot Wheels GMC Motorhome might ultimately cost a few thousand dollars, but you can always stick to the more affordable options.

Now, we have no clue as to why Mattel hasn't brought back this casting yet, but we hope that the 2023 mainline series will address that issue one way or another. Otherwise, we're stuck with the cartoonish model that goes by the name of RV There Yet. Even though this was launched in 2020, we haven't seen it that often so far. 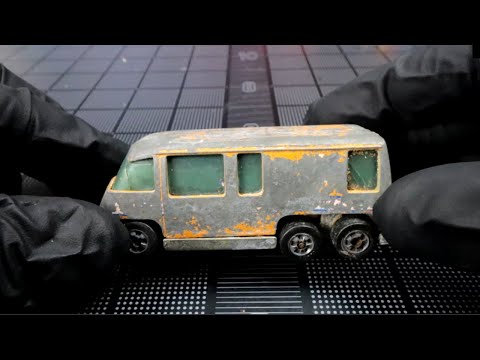 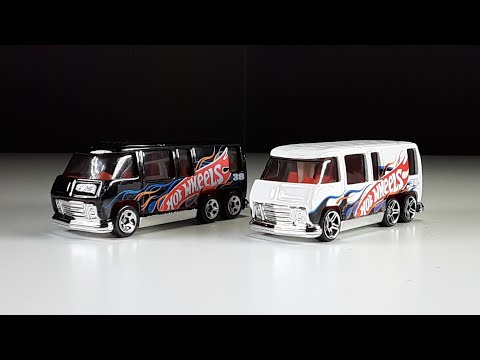