4 A Rare, Possibly Unique Victorian Mobile Photography Studio Is Up for Sale

5 The First-Ever RV: The Gypsy Van, a 1915 Landyacht With Rooftop Garden and Hot Water
Car video reviews:
Up Next

Lewis Hamilton Tests the Limits of the New Mercedes-AMG One on the Track, "It Feels Great"

If you want something done right, you’d best do it yourself. There is truth in that saying, but only on the condition that you know what you’re doing. Chris definitely knew what he was doing when he got started on Luzifer.

Luzifer Is a Fifth-Wheel Trailer Like No Other, the Perfect Family RV

Luzifer is a fifth-wheel trailer like no other, as the headline also says. It’s made of two Volkswagen Transporter T4 vans, and despite the name of hellish inspiration, it’s actually quite a cozy, near-perfect family RV. And who doesn’t love those?

Throughout July, we’ve been celebrating recreational vehicles here on autoevolution, starting from the smaller vehicles that barely qualify, to humongous builds that could easily host parties of up to a dozen people, albeit at the cost of ease of operation on the road. With only days to go into the month – and our virtual RV party –, we could not have omitted Luzifer, an RV that stands out for its design and the ingenuity of its builder.

That builder would be Chris Cooper, a truck driver by trade and a passionate tinkerer with all manners of machines in his spare time. He came up with the idea for what would become Luzifer after realizing that his two children with wife Jodie were growing up and, as such, no longer into camping as they were as kids. In his search for the perfect family RV, he came to the conclusion that he must build it himself.
As they say, the best ideas come out of necessity, and so it was with Luzifer. Because there were issues with the engine on his VW T4 Doka, he bought a second, wrecked T4 for parts. Once the engine on that one was removed, he decided against tearing it apart and selling it at the junkyard, and to convert it instead into a fifth-wheel trailer. This would be his Luzifer articulated tiny truck, with the original T4 functioning as the towing “truck.”

The Coopers’ unique built was chronicled on an early 2021 episode on the popular British show George Clarke’s Amazing Spaces, a sample of which you will also find in the first video at the bottom of the page. Clarke tagged along for a section of the project, but the rest was done in-house, mostly out on Chris’ driveway.

However, despite how the show made it look, Luzifer was not a one-man job, and it was definitely not the work of an unskilled driver who just came up with a crazy idea and didn’t as much as bother to make a sketch as guideline. Not only is Chris into this kind of stuff, but even his teenage daughter is a builder, having started her own project that same year.

Then, there was the invaluable help of sponsors and partners, who provided stuff like the custom roof racks, the interior furnishes, and extra work on the engine of the towing T4 and whatever servicing was needed. Chris is part of the Dubz of Vanarchy community, which is a local community for all VW enthusiasts.
Even so, the result was impressive. After a winter spent on Luzifer (2019-2020), it came out worthy of the name in appearance, and with a very cozy and surprising interior. The trailer offers sleeping for four people, a small dinette, and a small but fully equipped kitchen. The dinette converts into a bed for two adults at night, and there’s a smaller but still comfortable berth for the kids where the cabin once was.

There is plenty of storage throughout, and Chris’ attention to detail is obvious wherever you look. He put shiny glass-like covers on the drawers, color changing LED lighting, and even a tile-like blackspash in the kitchen, which runs under the kids’ bed. He also put several Bluetooth speakers into the access door, which has been modified into a gullwing instead of a sliding one. Proudly, he told Clarke that he “packed” Luzifer with technology, but he did not go into specifics or costs.

Luzifer proudly wears the license plate T4 4 DVL, which further plays on the hellish association and makes it the kind of vehicle that people stop and stare at when they see it. They would have done it either way, since it’s half of a van towing another half of a van – and it looks amazing because of it.

The Coopers still use Luzifer as a personal family vacation vehicle. Most of the time, though, Luzifer is representing the Dubz of Vanarchy at van meetings and custom vehicle events, where it’s earned the reputation worthy of a local celebrity. 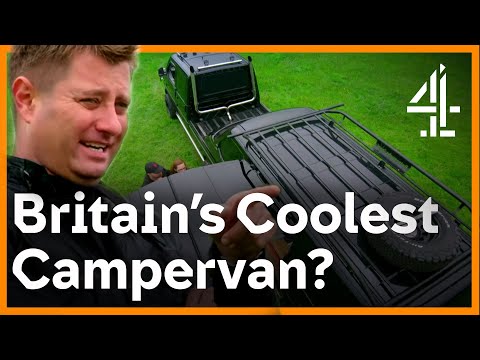 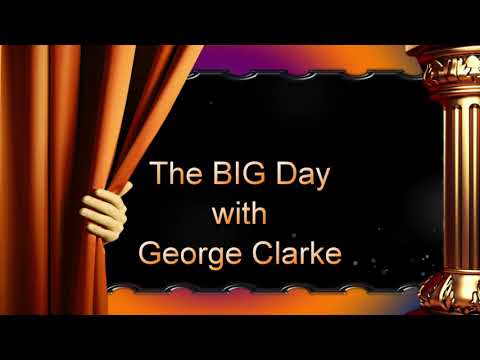