5 Adventurer 89RBS Truck Camper Stands as Testament to What Slide-Outs Can Achieve
Car video reviews:
Up Next

Not all good things are necessarily good-looking or, for that matter, successful. Before safety vehicles were even a thing, one priest from Pennsylvania worked hard to build what he believed would be the safest car in the world. And he did just that.

Meet Aurora, the Ugliest and Safest Car in the World

The Aurora concept, which is also known as the Aurora Safety Car, is an intriguing piece of American automotive industry that we couldn’t overlook, now that we’re hosting a virtual, month-long celebration of American engineering and skill with our American Month coverage. Aurora was the world’s safest car – the first one to ever hold that title, in an era when the idea of passenger safety wasn’t even on the radar with carmakers.

It’s also quite possibly the single most ugly vehicle ever built.

Aurora was designed and built by Father Alfred Juliano, a Catholic priest ordained into the Congregation of the Holy Ghost at Ridgefield, Pennsylvania. You see, Juliano cared not just for his parishioners’ eternal soul, but also for their safety while inhabiting their temporary, flesh-and-bone body. At just 13 years old, he was already designing and sketching plans for cars and planes, and he was so good at it that he drew the attention of the bosses at General Motors, who reached out and offered him a place in a school for creative young designers.

Father Juliano turned down the offer, having already been ordained into priesthood when it came. But his love for automotive design and, it would later emerge, desire to build something that would offer more than just a convenient means of transportation (in the sense that it also had to be safe) remained.

Design on the Aurora took him two years, and then he spent another three building it. To build the prototype, Father Juliano used donations from his parishioners, as well as credit and his own funds, to start the Aurora Motor Company. The plan was to take the concept on the road to show it off to potential customers, and then to offer it with a Chrysler, Cadillac, or Lincoln engine, on a Buick chassis.

The prototype – and the only Aurora ever to see the light of day – used the chassis from a 1953 Buick that Father Juliano salvaged and forgot to test beforehand. This would contribute to his downfall, as the car broke down 15 times on the way to its public unveiling at the Hotel New Yorker in Manhattan, NYC, in 1957. The media savaged both the car and its creator because of it, completely omitting the many, back-then-revolutionary safety features it included.

On top of the chassis, Father Juliano built a wooden frame and a fiberglass body, with shatter-proof plastic windows, lights and a removable roof with adjustable interior metal shades. Aurora was meant to be resistant to dent, rust and corrosion. In terms of safety, it included seat belts, a roll cage, shock-absorbing body-color bumpers, a padded dashboard, crumple zones, and telescopic steering wheel.

The windshield was comically bulbous, so as to reduce the odds of head injuries in case of a collision by increasing the distance between it and the passengers. Also for passenger protection, Aurora had front seats that swiveled backward in an accident, protecting the occupants. In less grisly scenarios, the seat arrangement worked just perfectly for a casual tête-à-tête, and some photos from back then show the Aurora with a small table between them.

The exterior of the Aurora was just as remarkable and well thought out, from the exclusion of all sharp edges to a gaping space in the front end that was meant to “cuddle” and protect a pedestrian it might hit. In other words, instead of throwing the pedestrian in the air or slamming him into the ground, Father Juliano imagined this car would hit and then protect the same pedestrian from worse injury.

As innovative as these features were, integrating all of them into a single car resulted in the world’s ugliest vehicle. Even for the late ‘50s, the futuristic styling was too much and, where attention wasn’t focused on the disastrous first public drive, it focused on its appearance.

Father Juliano had estimated he could sell the Aurora at $12,000 once it went into production, which would have made it less expensive than the Cadillac Eldorado Brougham. The prototype ended up costing him $30,000, but the worst part was that not a single order for the vehicle was placed. The company went into bankruptcy and its founder was investigated for fraud, following claims of having misappropriated church money.

The Aurora was abandoned at an auto body shop after Father Juliano gave it up as collateral on unpaid bills. The Father’s story had a less than happy ending, but his creation lives on. In 1993, British automotive artist Andy Saunders tracked it down and found it discarded in a field in Connecticut. It was in very bad shape, with the fiberglass and the wood almost completely destroyed, but he still had it shipped to the UK to begin a lengthy and challenging rebuild process. He said the Aurora had bewitched him with its ugliness, so he just had to have it.

In 2004, at the Goodwood Festival of Speed, Aurora made its grand return into the spotlight, as part of the Cars of the Future exhibit. Saunders did a fine job with restoring it, considering the lack of documentation for the original build. It was put on display at the Beaulieu Motor Museum, but Saunders still owns it. 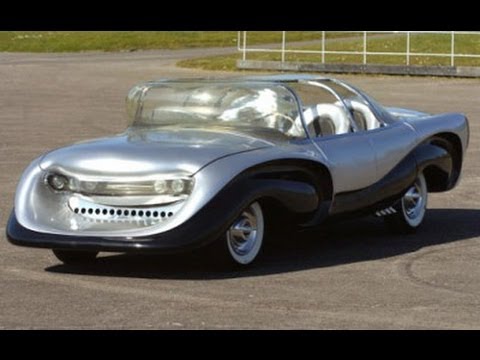 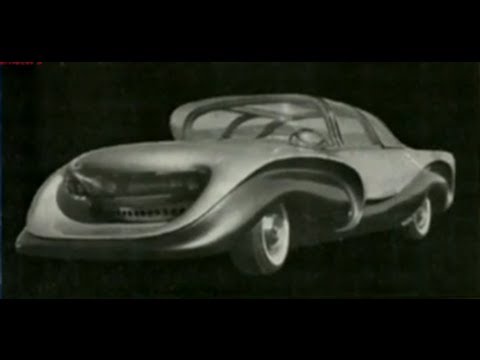