A small SUV was a great idea on a market that asked for something that looked able to go on unpaved roads and still park in tight spaces and cross a curb in the process.

Buick took the platform of the European Opel/Vauxhall Mokka and re-badged-it as the Encore. It was designed as a small SUV with a front or all-wheel-drive system to transport up to five passengers and some luggage in the trunk. GM introduced the Encore in 2013, and after three years, it showed the facelifted version.

The design team worked hard to develop the look of the 2017 Encore. They designed a completely new front fascia with new headlights. Unlike the 2013 model, the Encore featured a different grille design that dropped the cascade-grille with chromed vertical slats. It looked more like its European cousin, the Mokka. Along with the front fascia, the bumper and the lower apron were restyled. The taillights looked slightly different, as well.

Inside, the 2017 Encore featured a flowing design of the dashboard, with the infotainment unit integrated between the central vents and not on top of them. The controls for the audio system were different. The instrument cluster featured an upgraded display between the speedometer and the tachometer. The Encore offered enough room for the front passengers, but limited for the rear occupants, especially if three sat on the bench.

Buick offered the Enclave with a front- or all-wheel-drive system, and only with a 6-speed automatic gearbox. The small SUV featured a turbocharged 1.4-liter engine with either 140 hp or 155 hp under the hood. 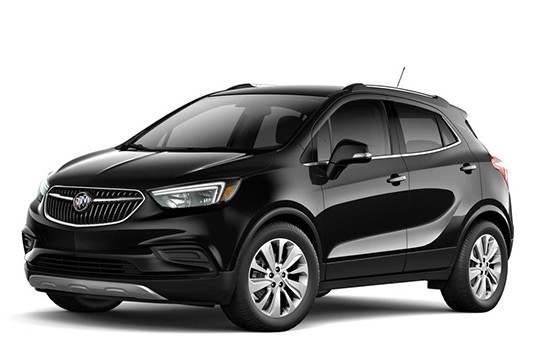