If you were patiently waiting to get your hands on Mopar’s most powerful crate engine, the 1,000-hp Hellephant, there’s now a better alternative available, and it’s an engineering masterpiece.

Introduced in 1951, Chrysler’s all-new V8 would lay the groundwork for one of the most famous engine families in automotive history. Dubbed Firepower, the powerplant showed that well-implemented hemispherical combustion chambers could lead to serious power, and the best example was the 1955 Chrysler C-300 which became America’s most powerful production car that year.

While the Firepower and its siblings (the Firedome and Red Ram) were discontinued by the end of 1958, the idea of using hemispherical combustion chambers in Chrysler V8s was far from becoming obsolete. In the mid-1960s, a completely new unit came into being and it was now officially called HEMI.

Initially developed for NASCAR, where it obliterated the competition thanks to its immense power potential, the V8 eventually morphed into a street-legal monster that was offered in some of Chrysler’s most epic production cars. Conservatively rated at 425 hp but capable of plenty more, the 426-ci (7.0-liter) nicknamed Elephant quickly became one of the most revered V8 of all time and with it, the HEMI moniker became a legend.

The street HEMI lived a short but fruitful life during the golden age of muscle cars. It was discontinued in 1971 and fans of this terrific engine design would have to wait more than three decades for its return. When it did come back, the HEMI was exclusively available in pickup trucks and SUVs but since 2005, it got back under the hood of passenger cars, morphing into one of the most awesome performance engines on the market.

The third generation also became available as a crate engine for those looking to revive their old muscle cars with a modern unit. It all started with a 426-ci version, followed by the 5.7-liter and 6.1-liter SRTs, then, in 2015, the 707-hp 6.2-liter Hellcat let the world know that Mopar muscle was back and better than ever before.

Things didn’t stop there, as the manufacturer would treat its loyal following with yet another banger, the Hellcat Redeye crate engine. Three years later, jaws would drop to the floor yet again when Mopar revealed the 1,000-hp Hellephant. Available only as a crate engine in limited numbers, it was the perfect motor for insane custom builds, but due to its low production numbers and high demand, getting a hold of one was (and still is) nearly impossible.

Thankfully, the team Don Schumacher Racing Performance (DSR) was determined to solve this issue and provide HEMI fanatics with a worthy alternative. After a lengthy development process that saw the Brownsburg, Indiana-based company team up with a host of HEMI experts including AJ Berge of Hemituner Performance and Motorcity Speed’s legendary builder, Billy Briggs, they came up with a 426ci (7.0-liter) supercharged HEMI that can comfortably spit out 1,150 hp at 6,500 rpm. Even more impressive, the turnkey crate engine can deliver a whopping 974 lb-ft (1,320.5 Nm) of torque at 5,200 rpm, and it reaches these figures while gobbling up 93-octane pump gas, so you can use it in your custom daily driver.

This amazing feat of engineering is built around the bombproof 392 BGE block, the same OEM component that is used for the factory-spec SRT 6.2-liter Hellcat series and the medium-duty 392 Apache version.

With the help of Billy Briggs and his Motorcity Speed team, each block is blueprinted, then hand-fitted with a forged Compstar crankshaft, Callies Ultra H-beam forged conrods, 2618 forged Gibtec pistons, and an ARP main stud kit.

The cylinder heads are also stock BGE/ Hellcat variants which are more than capable of sustaining those insane output figures. Mated to the block by Hemituner Performance in Long Island, New York, the heads employ a valvetrain which also comes with stock stainless steel valves, yet the springs, retainers, and seats are all beefed-up versions fabricated by PSI.

Next, a custom hydraulic roller camshaft provided by the engineering wizards at Comp Cams and a kit that locks out the variable valve timing (VVT) that’s typically used with this architecture in the stock, mass-produced versions of the engine. After the rest of the components go in, the engine is finished off with a custom Whipple Gen 5 supercharger that displaces three liters. Final dyno testing then commences and the completed units are ready to be shipped to their new owners.

This incredible powerplant  is available for a retail price of $37,950. That’s a little over $8,000 more than a Hellephant, yet apart from more power, it promises to offer better reliability and drivability for the money. DRS announced that the initial production run of 20 units is almost sold out, but the company promises to build more if there is enough demand on the market.

While it’s not an official Mopar product, the DSR 1150 is built on the original architecture combined with high-performance, high-quality aftermarket upgrades that make it the most outrageous HEMI crate engine ever built. 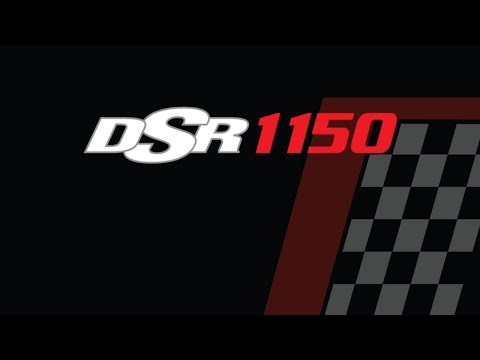