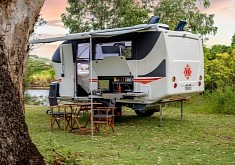 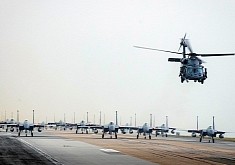 26 Sep 2022, 22:18 UTC · By: Gustavo Henrique Ruffo / Some reports said the vehicle was a Model S. The headlight niches visible in the charred body clearly point to the smaller electric sedan.

18 May 2022, 14:17 UTC · By: Silvian Irimia / Circuit de Catalunya is the place where usually Formula ! teams bring their biggest and most important improvements of the season

VW ID. BUZZ Already Arrived in Barcelona and This Is the First Interior Picture

25 Jan 2022, 14:17 UTC · By: Gustavo Henrique Ruffo / Although it feels pretty familiar compared to that of the ID.3 and ID.4, it makes us wonder again why no EV has three seats in the first row

Battery-Powered Motocross Bike Is Dubbed the World's Fastest, Comes With a Price to Match

14 Dec 2021, 15:23 UTC · By: Cristina Mircea / The Stark Varg electric motocross bike claims to be the world fastest, proving that electric technology is superior to gasoline

28 Sep 2021, 12:50 UTC · By: Cristian Curmei / This electric motorcycle is designed by a group of students under the direction of professors. Built to aid in mountain rescue missions.

Gwyneth Paltrow Takes Her goop at Sea With Celebrity Cruises

10 Jan 2020, 14:37 UTC · By: Elena Gorgan / goop at Sea will be a day-only event for the rich, wellness-oriented guests on a Celebrity Apex ship cruising the Mediterranean

2020 Mercedes-Benz EQV Shows Up in Barcelona, Causes a Stir

9 May 2019, 12:27 UTC · By: Daniel Patrascu / 2020 Mercedes-Benz EQV makes its first city in Barcelona, Spain, as the carmaker officially began this week its offensive on the EV front

25 Feb 2019, 15:19 UTC · By: Daniel Patrascu / The Minimo autonomous electric urban vehicle is powered by a battery pack that can be swapped in a few seconds instead of recharged

29 Nov 2018, 15:08 UTC · By: Elena Gorgan / The woman was hit by an electric scooter carrying 2 men and they are now facing manslaughter charges. She was walking in a pedestrian area

30 Apr 2018, 07:32 UTC · By: Daniel Patrascu / SEAT starts test project for a car sharing system using the eMii electric car. The test will be conducted at the carmaker's Metropolis complex.

27 Feb 2017, 09:54 UTC · By: Sebastian Toma / Peugeot has showcased the Instinct Concept at this year's Mobile World Congress in Barcelona. It is an autonomous plug-in hybrid with 300 HP on tap

MotoGP Race Director Explains Why Andrea Iannone Had to Be Punished

Iannone Penalized for Incident with Lorenzo, Starts Last on the Grid in Assen

6 Jun 2016, 12:05 UTC · By: Florin Tibu / Andrea Iannone will start the race at Assen from the last position on the grid after receiving two extra penalty points for the crash at Barcelona

6 Jun 2016, 08:25 UTC · By: Florin Tibu / Rossi proved once more that he is probably the best rider ever after an epic race in Barcelona that saw him winning from a rather modest, if not poor start

3 Jun 2016, 11:11 UTC · By: Florin Tibu / Maverick Vinales looks in a great form in the first Free Practice at Barcelona and smashes the circuit record, getting ahead of Jorge Lorenzo

14 May 2015, 15:38 UTC · By: Florin Tibu / The competition to design Marc Marquez' helmet for the Catalunya event entered the final stage, as the two-time world champion settled for 22 models

23 Feb 2015, 10:17 UTC · By: Tudor Rus / Spanish F1 driver Fernando Alonso got away with only a concussion after crashing his Formula 1 car during pre-season testing in Barcelona this weekend

2014 MotoGP: Bradl Is the Fastest FP3 Rider in Barcelona

14 Jun 2014, 09:46 UTC · By: Florin Tibu / As temperatures rise on the Circuit de Barcelona-Catalunya, action also gets more intense ahead of the Gran Premi Monster Energy de Catalunya, the 7th round of the current championship. After Marc M...