2 Noba One 2 in 1 Is Adventure and Convenience on Two Wheels, Can Be a Bike or a Motorcycle

Battery-Powered Motocross Bike Is Dubbed the World's Fastest, Comes With a Price to Match

Stark Future is a Swedish company headquartered in Barcelona and the Stark Varg (meaning “strong wolf” in Swedish) is its first serial production model, born out of the desire to challenge and inspire the motorcycle industry to become more sustainable. It aims to accomplish that by building what it describes as the fastest and most thrilling motocross bike in the world, proving that electric technology is superior to gasoline, outperforming traditional competitors.

The Varg is not just powerful and fast, but also lightweight and easy to handle. It packs a 6-kWh battery, claiming to offer a similar range as a 450cc bike with a full tank of fuel. You can enjoy up to six hours of easy trail riding on a single charge, with the battery requiring between one and two hours to fully recharge.

Weighing 242 lb (110 kg), the Stark Varg is equipped with a powertrain with a peak performance of 80 hp at 9 hp per kilogram, delivering 938 Nm of torque on the rear wheel. As for the top speed of this silent but powerful two-wheeled wolf, Stark keeps us in the dark yet, with no specific numbers being offered so far.

The Barcelona-based manufacturer says the bike features a frame that is almost 50 percent lighter than what you’re being offered with most competitors, while still being strong and maintaining its optimized flex characteristics. Stark equipped the bike with Pirelli Scorpion MX32 tires, uses Brembo hydraulic brakes and a Kayaba suspension with 310 mm of travel both for the front and the rear. It also boasts of having the world’s lightest footpegs, weighing even less than the titanium ones currently used in racing.

With a dedicated app to go with it, the Stark Varg can be highly customized and you can build more than 100 riding modes, making your bike perform like a 125cc 2-stroke, 450cc 4-stroke, and anything in between. Five of them can be actively available on the motocross bike simultaneously. You can easily switch between the five modes by touching the button on the handlebar.

The Stark Varg electric motocross bike is now available to order for a hefty price of $11,900, with the estimated delivery date being September 2022. 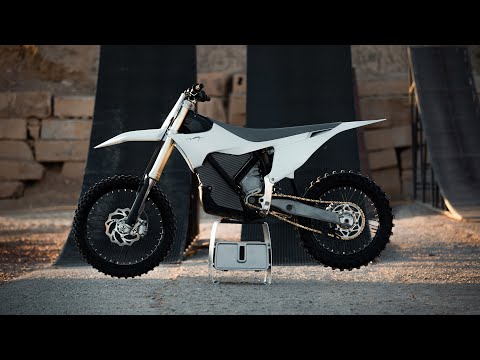