2 Sturdy, Finnish-Made Ouca Cargo Bike Is Build to Carry Everything From Parcels to Children

5 The Electric Cerana T Trike Gets Those Pearly Whites Showing No Matter Your Age or Ability
Car video reviews:
Coverstory

I recently wrote an article about a DIY electric drift trike, so I asked myself if any manufacturers build something like this professionally. To my surprise, there are several, and one team, Razor, sells an electric trike for less than $700.

Folks, this is the DXT Electric Drift Trike, a trinket designed and built by a crew known as Razor; yes, the same one that supplied many of our childhoods with awesome scooters to ride around town; I had a Razor, and so did my friends. That was around the year 2000, and today, this manufacturer showcases an endless lineup of children's vehicles, but also a few designed for the bigger kids, you know, for the children that have children of their own (adults).

For example, the DXT e-trike is only designed to be operated by children ages 16 and up. That alone should tell you that there's something different about this bugger, and that's what we'll be exploring today.

Now, just to kick things off, I want you to try and remember what it was like to ride something like this when you were a kid. Sure, most of us owned massive plastic machines with wheels that typically gave out after a few good slides or a crack or two in the asphalt. Well, to bring this trike to adult standards of use and capability, Razor had to rethink the materials needed to sustain speeds of up to 15 mph (24 kph).

In doing so, they decided to complete the frame from nothing more than good old-fashioned steel, two pieces welded together and sporting a dual crown fork. There's no suspension, so you will be in for a decently rough ride, depending on the surface you're riding on.

I want you to try and picture yourself on the DXT. Once in your adjustable bucket seat, you'll put your feet up on those pegs you see sticking out of the frame, and with the press of a button, a 500-watt motor will kick in and pull you along with a top speed of 15 mph. On top of all that, this bugger is suitable for up to 60 minutes of continuous riding.

Sure, it may not sound like much, but the dynamics of the trike allow the rear to swing out from behind and start fishtailing like you're part of the Tokyo Drift cast. If you want a clear idea of what's possible, I've added a video below as a taste.

Being an EV and all, there has to be something powering that large motor, and there is. At the very rear of the DXT, you'll notice a black box that sits mounted between the wheels. It's here that you'll find the juice box for this bugger, and with its placement, even more weight is shifted to the rear of the trike.

The tires give the DXT the ability to lose traction at a whim's notice. At the front, a 16-inch pneumatic rubber will take care of any bumps and cracks in the road but also offers adequate grip, while the two rear rubbers are 10-inch slicks to assist in losing grip. After watching the video and noting the price tag, I felt obligated to grab one of these babies.

However, before you do, look at the manufacturer's website and see what people have to say about this electric trike. One customer complained about the motor burning out often, while another mentioned that the "Battery sucks." But I like that Razor didn't magically make these reviews disappear, a testament that they don't mind people knowing that this product isn't perfect.

Nonetheless, the client that stated that the motors are an issue also mentions that the DXTs also "do what you're expecting." Sure, it may break if you're doing things outside their limits but getting your money back these days is relatively easy; just let folks know you have a team of lawyers backing you and watch how fast things change.

At the end of the day, you're paying no more than $680 (€670 at current exchange rates) for something like this; it's a toy, people! It's bound to just live up to its monetary value. Just a little something-something to consider for this summer if you're bored and have some lunch money saved up. 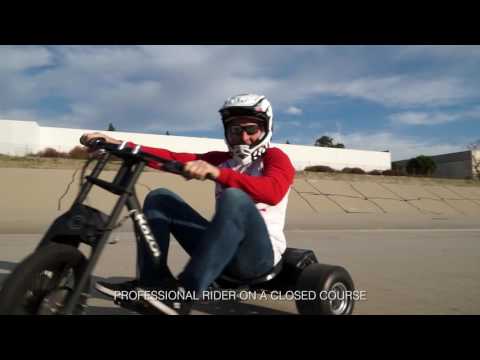 The Piastri and Alpine Saga Explained, Why Is No One at Fault in This DramaSee all coverstories