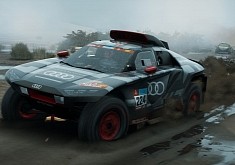 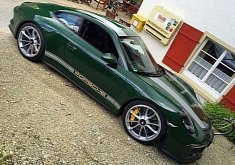 Home > News > Autoevolution's space month
Even if you are not a Star Trek fan, the phrase “space, the final frontier” is sure to strike a chord. Spoken by Patrick Stewart at the beginning of almost all the 178 episodes of “Star Trek: The Next Generation,” it came to stand for all of humanity’s aspirations of leaving behind the home planet and expanding into the galaxy.

Believe it or not, our generation will probably kick into motion the events and technologies that will ultimately lead to this outcome. Sure, humanity got a taste of what’s beyond our planet during the space race of decades ago, but that was only fueled by several nations’ desire to best their opponents for political and military gains.

This time is different. Sure, governments are still involved, but for the first time in history, so are private companies. These are the entities space expansion badly needed to get a significant boost in advancement and scope. SpaceX, Virgin Galactic, Blue Origin are just the most prominent of the probably hundreds of companies fighting to advance their own goals, and ultimately the world’s, when it comes to space exploration.

It’s not long until civilians will take trips up to the edge of space, or visit a space-station resort, or buy one-way tickets to Mars, the place where, if we’re lucky, we’ll begin building settlements by the end of the century.

We know you’ve heard all this before. Dreams of a better future, with people working together to expand humanity’s control over other planets. Dreams of space tourism, off-world cities, spaceships, and space stations. Dreams that never came to be.

But this time, these are more than just dreams. They are plans, backed by state and private entities, most of them already in motion. Plans that will, without a doubt, come to pass.

Still don’t believe us? Then, make sure to keep an eye out on autoevolution in April. It’s Space Month here, and we’re ready to show you how and why the future our grandparents dreamed about is here, now.

30 Apr 2021, 09:14 UTC / The Boeing core stage of the Space Launch Systems arrives at the Kennedy Space Center, where it will be paired with the rest of the components

29 Apr 2021, 15:40 UTC / SpaceX deployes an extra set of 60 Starlink satellites in orbit, scientists are increasingly complaining that they cause issues with their observations

29 Apr 2021, 08:40 UTC / The entertainment industry shows there’s another side to space exploration Elon Musk hadn’t thought about it: MMA fights in zero gravity

29 Apr 2021, 06:05 UTC / House Bill 221 is passed by lawmakers with backing from SpaceX, forcing finders to return space debris to the owner or face charges

Next Year, We’re Sending JUICE to Jupiter in Search of Water

28 Apr 2021, 14:19 UTC / The Royal Astronomical Society (RAS) ask for public help in finding at least 15 trees that came from seeds that once went to the Moon

SpaceX Crew-1 Astronauts Will Return Home on May 1, and You Can Watch It LIVE

28 Apr 2021, 13:11 UTC / NASA will LIVE broadcast the return to Earth of the astronauts from the SpaceX Crew-1 mission. The return will take place on Saturday, 1 May.

28 Apr 2021, 08:15 UTC / The Ingenuity helicopter took a number of photos during its last flight on Mars, and in one of them, the Perseverance rover can be seen

27 Apr 2021, 14:00 UTC / Living here would be a hilarious challenge, but it would still be more interesting than living in a regular house due to the strong space vibes

27 Apr 2021, 13:14 UTC / Russian Roscosmos says the Luna 25 hardware should be ready for takeoff in September, one month before the launch window to the Moon opens

27 Apr 2021, 08:48 UTC / NASA and the Johns Hopkins Applied Physics Lab plan to launch the Interstellar Probe, a spacecraft that aims to reach the heliosphere boundary in 15 years.

27 Apr 2021, 08:45 UTC / A group of students, ICON, and MMPACT has figured out how to 3D print reusable structures suitable for the Moon using lunar materials

27 Apr 2021, 08:11 UTC / NASA, JPL, and ESA come together in Vienna to develop another response scenario in case of high chance of asteroid impact

27 Apr 2021, 06:06 UTC / Blue Origin is contesting NASA’s decision to award a $2.9 billion contract to SpaceX for the Artemis Lunar lander, Musk is trolling

26 Apr 2021, 15:15 UTC / How big is the moon compared to the Space Station? This video captures the ISS while passing by the moon in a few hundredths of a second.

World’s Most Powerful Rocket Heading for the Kennedy Space Center

26 Apr 2021, 14:11 UTC / NASA begins moving the core stage of the Space Launch System from Mississippi to Florida; from there, it will take off as Artemis I at the end of the year

Ingenuity Moves Faster Over Mars Than It Ever Did on Earth