2 Russia Targets the Moon This Year With Luna 25 Mission

Daniel Patrascu
Going back in time more than a century ago, we had a space race the Russians won. Then, the race to the Moon was won by the Americans. And now it seems we're back at it, with both nations (and others) targeting the South Pole of Earth’s natural satellite.
1 photo
That particular region of the Moon is now under the spotlight because water is believed to exist there, in whatever form. And given how lunar surface stations are now being planned, placing them where water is could be essential to their success.

The American Artemis program targets that region in its upcoming missions, with the first landing of astronauts there still planned for 2024. That is also the site where, possibly by the end of the decade, construction of a Moon base might begin.

The Russians are not planning to send humans to the region anytime soon, but they are planning to beat the Americans there with a robotic spacecraft set to depart by the end of the year. Luna 25 is how it’s called, and it will probably launch from the Vostochny spaceport in the Russian Far East in October.

We kind of knew about that, but according to the head of the Russian space agency Roscosmos, Dmitry Rogozin, everything is on track for the mission to happen: the spacecraft should be ready for departure as soon as September, just in time for the launch window that opens a month later.

"The work is proceeding according to plan and we have no setbacks. We must achieve the launch readiness by September in order to get into a launch window that opens for us on October 1 and will exist until October 30," the official said according to Russian publication Tass.

Presently designed as a simple lander meant to demonstrate Russian technology, Luna 25 will also carry a small amount of scientific experiments and sampling hardware with it. 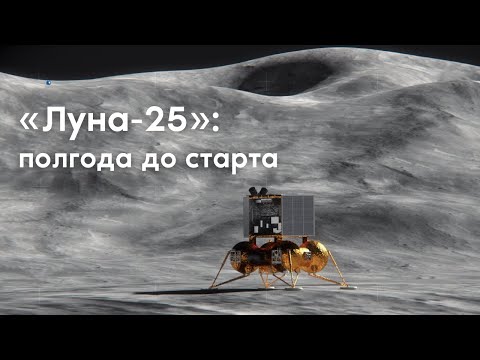