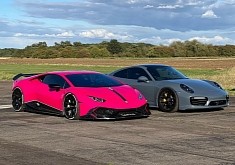 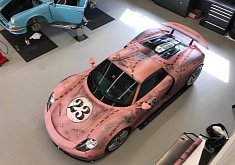 New Tesla Gigafactory Will Be in Texas, and Elon Musk Didn’t Even Get a Statue

23 Jul 2020, 04:21 UTC / Tesla confirms location for the second assembly plant in the U.S., where the Semi and the Cybertruck will be build. It will be the biggest Gigafactory ever

24 Mar 2020, 16:21 UTC / Tesla first showed the Semi back in November 2017. And although its production was delayed, just like pretty much all their other projects, the large truck was

Get Ready for the All-Electric Long-Haul Truck

6 Dec 2019, 11:15 UTC / Electric vehicles are slowly becoming more frequent and popular and electric trucks are still very few and far between, but this will change in the near future

Tesla Sued by Nikola Motor for $2 Billion on Patent Infringement

No Cabin, NVIDIA-Powered Self-Driving Truck to Start Selling This Fall

29 Mar 2018, 12:53 UTC / Einride plans to use T-pos self-driving truck to haul cargo between the Swedish cities of Gothenburg and Helsingborg starting this fall.

13 Mar 2018, 12:08 UTC / We keep seeing clips of the Tesla Semi trucks pulling their cargo trailers for the past two days, but this is really the one we've been waiting for

Daimler Trucks Executive: "If Tesla Semi Delivers, Something Has Passed Us By"

22 Feb 2018, 12:21 UTC / The head of Daimler's truck division is convinced Tesla is exaggerating its Semi truck's performance figures, but he might not have the whole picture

13 Feb 2018, 09:13 UTC / While Audi is still trying to catch up with Tesla in the electric passenger car department, an independent designer skips ahead and imagines a Semi competitor

8 Feb 2018, 15:58 UTC / It wasn't all rockets and Starmen during Elon Musk's yesterday call conference with financial analysts, with the Tesla Semi subject also making an appearance

2 Feb 2018, 13:17 UTC / Tesla's business partners, including PepsiCo, are working on a shared charging infrastructure for the electric Semi truck.

1 Feb 2018, 18:08 UTC / Here's one incentive in the Tesla referral program that's worth fighting for, especially since it doesn't require that you become Musk's sales agent