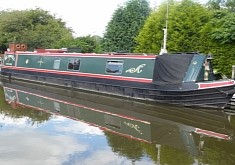 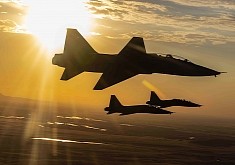 27 Dec 2017, 11:02 UTC / Elon Musk went on one of his famous Twitter storms yesterday and, as usual, a bunch of interesting information came out of it

4 Dec 2017, 16:22 UTC / The only other realistic option is that he's delusional and nobody in the company has the guts to tell him because the technology required doesn't exist yet

Tesla Beats Apple, Facebook to Become the Most Innovative Brand in the U.S.

29 Nov 2017, 13:16 UTC / With competition from Apple, Facebook or Google, that's no easy feat, and yet Tesla managed to score higher than all of them in BrandZ's chart

21 Nov 2017, 15:11 UTC / The Tesla CEO may have turned all eyes from the Model 3 situation to the new products, but this wasn't a plan hatched millions of years ago

19 Nov 2017, 09:26 UTC / Following the Thursday presentation, Tesla has released a video that takes us inside the new Semi truck's cabin for a digital tour

17 Nov 2017, 10:33 UTC / Elon Musk kept his promise and unveiled the Tesla pickup truck as well during yesterday's event, but the "mini-Semi" thing was taken too literally

17 Nov 2017, 06:24 UTC / That little something else Musk promised for the Semi truck event turned out to be the second-generation Roadster, also known as the quickest production car