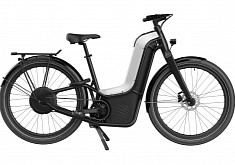 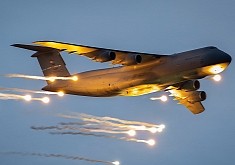 23 Aug 2019, 12:10 UTC · By: Elena Gorgan / The Duke and Duchess of Cambridge boarded a FlyBe flight to Scotland with their 3 kids and her mother, and no one on the plane knew until it landed

12 Jun 2019, 17:13 UTC · By: Elena Gorgan / Zoe Archibald tried to get inside the children’s toy car on a dare, ended up stuck for one hour and was eventually cut out with a bread knife

19 Apr 2019, 12:09 UTC · By: Elena Gorgan / Any job can be great if you do it with pleasure, as one Domino’s employee proves: he advertises as paid to do, but also entertains passing drivers

26 Mar 2019, 09:21 UTC · By: Elena Gorgan / The pilot and air traffic control officials were given the wrong flight plan, so passengers bound for Duesseldorf were taken to Edinburgh instead

18 Dec 2018, 14:13 UTC · By: Elena Gorgan / Viral video shows a pooch at the wheel of an empty truck, desperately honking the horn as if to draw the driver’s attention

Driver Boasts of Driving Safely While on His Phone, Crashes Shortly After

14 Dec 2018, 10:45 UTC · By: Elena Gorgan / David Brennan, cycle lane campaigner, often shames drivers he catches on their phone, while raising awareness on the need to pay more attention to the cyclists

This Old Lady’s Knight in Shining Armor Rides a Motorcycle

4 Dec 2018, 11:05 UTC · By: Elena Gorgan / Viral video shows gang of bikers stop at zebra crossing so one of them can help an elderly woman cross the street, when no driver would let her pass

29 Nov 2018, 14:50 UTC · By: Elena Gorgan / Homeowner looked through CCTV footage when he saw his Amazon parcels hadn’t arrived, found out that another Amazon delivery driver stole them

24 Oct 2018, 16:04 UTC · By: Elena Gorgan / Incident causes thousands of pounds in damage, delays in traffic as authorities scramble to clear up the debris and unblock traffic

18 Oct 2018, 13:28 UTC · By: Elena Gorgan / Cow wanders off from nearby cattle market, enters dealership in Scotland and damages 2 Mazda cars when it starts to panic

24 Sep 2018, 12:25 UTC · By: Elena Gorgan / Ryan and Carla-Jane both love cars and knew they had to go big when they found out they were expecting their first daughter

British Spaceport to be Built in Scotland

16 Jul 2018, 09:15 UTC · By: Daniel Patrascu / The UK government will announce plans to build a vertical launch spaceport in northern Scotland as a means to include Britain in the aerospace industry.

4 Jun 2018, 14:46 UTC · By: Daniel Patrascu / Rockets made of fuel rods might be the next natural evolution of the technology, currently being tested by engineers in Europe

5 Apr 2018, 15:24 UTC · By: Alex Oagana / A traveling couple is on a mission to conquer the least known roads and landscapes of the world. Scotland was their latest destination, driving a BMW 440i

19 May 2017, 17:32 UTC · By: Sebastian Toma / An 83-year-old grandmother was reported missing after being late to her doctor's appointment. She drove 300 miles because of detours caused by road repairs

Danny MacAskill's Latest Clip Is a Tourism Brochure for Scotland

12 Oct 2016, 11:56 UTC · By: Vlad Mitrache / The world's best-known (or maybe just "best") trial rider, Scottish ace Danny MacAskill, has blessed us with another one of his wonderful videos

27 Sep 2016, 15:45 UTC · By: Vlad Mitrache / If you think you saw a giant yellow duck run a red light and make a left turn without signaling on Saturday, you're either nuts or you live near Glasgow

23 Apr 2015, 09:22 UTC · By: Ionut Ungureanu / Don the sheepdog apparently leaned on the controls of the utility truck his owner, farmer Tom Hamilton, would normally handle

9 Jan 2015, 10:29 UTC · By: Ionut Ungureanu / When Scotsmen went on with the independence referendum back in September, last year things looked quite tight before the elections, but the independence was rejected by a majority of 55% to 45% on a...

27 Sep 2013, 14:47 UTC · By: Ciprian Florea / British sportscar manufacturer Caterham Cars has announced the opening of its third UK showroom in Perth, Scotland. The Scottish dealership is the result of a partnership between Caterham and Rev...