1 Art of Rally to Launch on PlayStation 5 This Year

While the electric revolution is seen by many as the only way to reduce the carbon footprint and save the planet, carmakers are increasingly interested in squeezing every little drop of performance from their motors.
1 photo
And it goes without saying that this push for performance even in the EV market has caught the attention of game developers who have already included several electric cars in their most popular titles.

For example, Project CARS 3 is expected to receive a dedicated Electric Pack that will include only high-performance EVs, simply because zero-emissions racing is becoming a more common digital thing these days.

Without a doubt, Tesla Model S is one of the most popular nameplates when it comes to EVs, and naturally, it has already made its debut in several video games available on various platforms.

And a video published on the Cars in Video Games YouTube channel provides us with a closer look at the adventure of the Model S in the world of racing games, starting with the PlayStation 3 version of Gran Turismo 6 released back in 2013 and continuing with Gran Theft Auto 5 on PC, Drive for Speed Simulator on Android, Forza Horizon 3, and Driving School Sim on Android.

And of course, the Tesla Model S follows the same recipe as all the other models that made their way to racing games.

The graphics improved gradually before they ended up a lot more polished and taking advantage of new-generation rendering technology that is available today, though everybody is now waiting to see how accurately the Model S would be reproduced in upcoming titles like Gran Turismo 7 and Forza Horizon 5.

And speaking of these two releases, Forza Horizon 5 could be announced as soon as the next month, while Gran Turismo 7 wouldn’t see the daylight earlier than 2022. 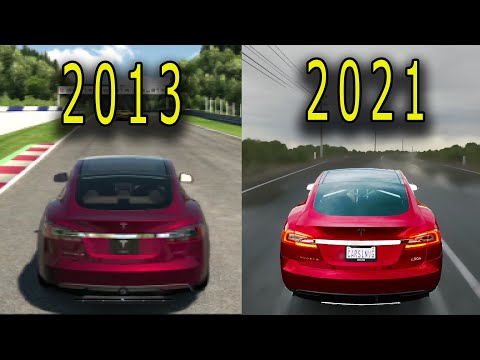