1 The U.S. SEC Is Reportedly After Elon Musk for His Autopilot Promises

Tesla unveiled the Model X in September 2015 after a few delays. Still, it impressed customers with its new features and astonishing performance.

In 2021, Tesla introduced a facelifted version of the Model X and improved the vehicle in many areas to make the car even more attractive to customers. Thus, the front fascia with horizontally-mounted fog lamps. In addition, the vertical side scoops from the bumper were slimmer. Last but not least, it ditched the chromed trims on the car's exterior.

Inside, the most striking difference was on the dashboard, where the instrument cluster was taller, and the center display was positioned in a landscape position instead of a portrait, as in the 2016 model year. In addition, the automaker replaced the classic, round steering wheel with a yoke. Along with that change, the turn-signal stack was replaced by two buttons on the left spoke of the yoke. Another downturn of the vehicle was the gear selection, which could've been made only by using the center display. Unlike the 2016 model, on the 2022 model, the screen could've been tilted towards the driver or the passenger. But Tesla took care of rear passengers too, and installed a second screen behind the front seats, on the center console's ending, so those seated in the back could've enjoyed watching movies.

For the drivetrain, the automaker ditched the former low-powered motors and provided a 670 hp unit for the base version and a 1020 hp for the top-spec one. 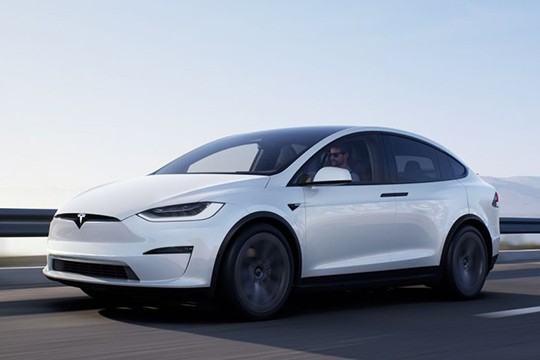