Life would be boring if we focused only on functionality and getting stuff done. All work and no play makes Jack a dull boy, and if Jack has deep pockets, there should be nothing to stop him from having his fun. Unless he’s afraid of taking risks.

There’s a new toy on the market of luxury toys, and it’s all about daring to go outside of your comfort zone. Called the Dragon, from RotorX, it’s a man-drone, a personal air vehicle (PAV), and the “world’s first personal air vehicle of its kind.” It also claims to be extra safe and very stable and, perhaps best of all, it doesn’t require a pilot’s license to operate.

Anyone can fly it, company RotorX says in the very bombastic introduction video available at the bottom of the page… as long as that “anyone” is not heavier than 250 pounds (113.4 kg) or taller than 6’6” (198cm), and has $100,000 to casually spend on a thingy that will get him or her up in the air for a maximum of 20 minutes. This is a toy; there is no utilitarian side to it, so it promises to deliver the fun of a toy.

The Dragon is a lightweight electric aircraft of the eVTOL variety (electric vertical takeoff and landing aircraft) with extra safety measures integrated, which promises the easiest experience. Unlike most eVTOLs under development right now, it’s trying to bypass the legislative hurdles and gray areas with a lightweight design that would require no license.

It’s being sold as a kit that you assemble at home, requires only a mild familiarization with FAA rules in order to operate it and, as noted, no pilot license. The company promises to offer both set-up tutorials and guidelines, and flying lessons for those not exactly ready to trust their own instincts at the controls.

The Dragon is a joint venture with roots in military aircraft and kit aircraft. It was developed by RotorX, an Arizona-based company that makes 2-seat kit helicopters, and Advanced Tactics Inc. a small defense aircraft contractor from California. As such, the Dragon integrates elements from the RotorWay Scorpion kit helicopter from 1967, dubbed the world’s first home-built kit helicopter, and the Black Knight Transformer, the first heavy-lift VTOL in the world that “drives like a truck and carries military casualties to safety.”

But unlike these two aircraft, the Dragon is all about having fun in a safe manner, while its very light dry weight makes it widely accessible. “Experience the world’s safest and most exciting personal air vehicle,” RotorX says. “This easy-build kit requires no pilot’s license and comes with built-in safety features and unmatched performance.”

The man-drone description fits, since it’s a drone with a 3-axis joystick for the controls and one seat for the pilot – who, by the way, is not flying the prototype Dragon in the promotional video. With an eight-prop coaxial octocopter layout, the Dragon has 16-kW electric motors on each prop, with an aluminum space frame chassis, and is powered by LiPo 100V lithium batteries. The layout has built-in redundancy so, in case of a failure in one of the motors, the other propellers will “pick up the slack.”

Additional safety measures include a sensor-driven auto landing system, a reinforced aluminum landing gear, low battery alerts, auto takeoff and landing system, and hands-free hover. Should all these fail, there’s always a ballistic parachute to get you back to solid ground safely. RotorX boasts that the Dragon is the “safest in the industry.”

Estimated flight time is of 20 minutes, largely dependent on weather conditions and the weight of the pilot. Top speed is of 63 mph (101.4 kph). RotorX says that assembly of the man-drone takes either a full work week or two weekends, and that it can be easily carried out even without prior experience.

That said, customers who might not feel confident enough either to do this on their own or fly it without professional assistance can get backing on both counts at the Advanced Tactics facility in California. The plan is to open more facilities in California, Arizona, Texas and Georgia, and to introduce a 2-seat version for pilot training later down the road.

Speaking of plans, potential customers might want to draw up one if they’re thinking of joining the fun. RotorX is offering the first 100 Dragons with a hefty discount with a $19,500 deposit, the final price tag being $85,000. After those first 100 units, which will start delivery in September 2023, the Dragon will retail at $99,000. It’s definitely cheaper than splurging on a real helicopter or other luxury toys, but enjoying it is also not just a question of money. You have to have the cojones for it. 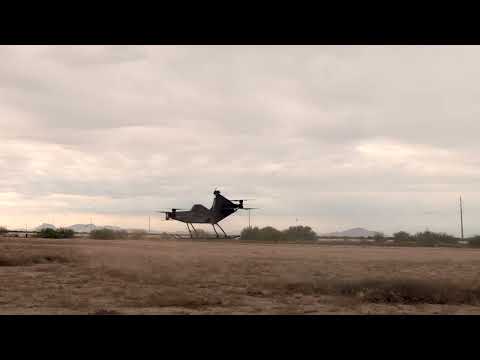