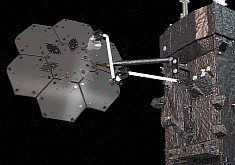 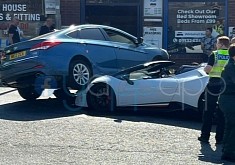 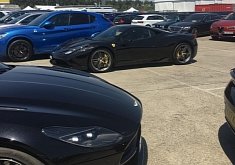 Clogworks' New Dark Matter Modular Drone Is Lighter, Can Stay in the Air for 55 Minutes

Textron's New King Air 360 Made Its Show Debut in Brazil

11 Aug 2022, 05:45 UTC / Textron upgraded its legendary aircraft a couple of years ago, but it never got the chance to show it off at an industry event. Until now

30 Jul 2022, 02:52 UTC / The future looks bright: In mid-June, the long-gestating Switchblade was declared safe to fly by the FAA, which means flight tests can officially begin

The First Private Airbus A380, the $500 Million Flying Palace That Never Was

30 Jul 2022, 00:30 UTC / When a billionaire businessman and prince commissioned it in 2007, the Flying Palace was en route to becoming the most luxurious and futuristic private jet ever

Canada Will Introduce a New Tax on Luxury Cars This Fall

23 Jul 2022, 11:58 UTC / The tax will be calculated at the lesser of 10 percent of the luxury item’s full value and 20% of its total price where it exceeds the relevant price threshold

Airbus to Carry Out Hydrogen-Powered Flights With Modified Arcus Glider

20 Jul 2022, 15:07 UTC / The Swedish company that developed the most affordable eVTOL on the market tells the story of how its flying car came to be, with the help of Insta360

20 Jul 2022, 07:54 UTC / Boom Supersonic announced their work on the Overture a while ago, but they are still improving an already brilliant design, with new improvements just unveiled.

19 Jul 2022, 18:23 UTC / Archer announced that it's teamed up with FACC, with the latter agreeing to supply the key fuselage and wing elements for its production eVTOL aircraft.