1947 International KB Truck Was Left to Rot in the Woods, Gets Saved After 50 Years

After a couple of brilliant design studies such as 2013’s WRX Concept and the 2017 Viziv Performance, Subaru managed to disappoint the emotional fan base with the production interpretation of the 2022 WRX. Now it is time to virtually change that.
16 photos

Just like many other hot introductions, Subaru’s new-generation WRX has become a darling of the automotive world’s virtual artists. Only that was mostly for the wrong reasons. On countless occasions, it has been turned into the flagship STI to escape the bland design but also got reworked as a five-door hatchback, even before Subaru announced the Australia-bound Sportwagon.

One pixel master has also tried to do right by the official WRX strategy and deliver subtle solutions to address the most glaring failures. Marouane Bembli, the digital automotive content creator behind TheSketchMonkey channel on YouTube had an afterthought and decided to rework the Subie all over again. Only the second time he is not touching the front or the sides in Photoshop – he just points out once again where the company’s designers allegedly got the styling wrong.

Sure, beauty is always in the eye of the beholder, so anyone can always discard his opinion. On the other hand, once he finally decides to “dig deep” (from the 11:07 mark) into the area where most problems have gathered – the rear – we see how a flurry of well-targeted “small changes (ultimately have a) big impact.” And he’s probably ironical about it since in the end we kind of agree with a fan’s comment that asks, “if this is only the WRX, what would your STI look like?”

Currently, that remains an unanswered question since the Japanese company hasn’t presented the new iteration of its legendary WRX STI, but – frankly – we can also use this transformation as a potential source of inspiration for its upcoming design. Hopefully, Subie’s designers also tuned in and got a few pointers towards the proper styling credentials. That way perhaps the backlash can be avoided next time... 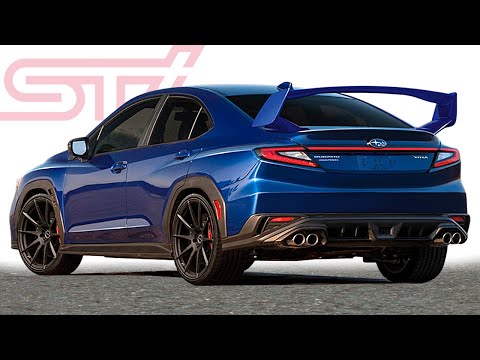