Review: Is the New Lamborghini Countach More Than a Hybrid Aventador With a Body Kit?

Lamborghini has finally allowed journos to jump behind the wheel of the Countach LPI 800-4, and one of the first to have experienced the sheer power of the Italian supercar was the ex-Top Gear co-host, Rory Reid.
8 photos

Now, naming a new exotic the Countach is bold, as the original one was one of the most spectacular machines to have graced the face of the earth. However, it does use the Aventador’s nuts and bolts, including that sonorous V12, which, in this instance, is backed up by an electric motor, fed by a supercapacitor instead of a normal battery.

Capable of storing and charging with energy quicker than a battery pack, the supercapacitor was lifted from the Sian FKP 37. The small electric motor adds more torque at low revs and doesn’t necessarily improve the gear changes in Strada and Sport. In the most extreme driving mode, though, the Corsa, it is much sharper, which indirectly tells us that the successor of the Aventador will be an absolute peach to drive.

As far as the numbers are concerned, you are looking at a total of 814 ps (803 hp / 599 kW), delivered to the wheels via a seven-speed automatic transmission. Although identical to the Aventador SVJ in a straight line, on paper anyway, with the 0 to 100 kph (0-62 mph) taking 2.8 seconds, the Countach LPI 800-4 might actually be a bit quicker than its sibling, the reviewer claims. Still, it doesn’t feature the active aerodynamics, so it might lose the battle on the racetrack.

Since we’ve started talking about the exterior, it is worth noting that it brings some of the sharp lines of its iconic predecessor into the modern era. It doesn’t have pop-up headlights, as those are illegal today, but it is a stunner in this department. The cockpit doesn’t feel that special compared to the Aventador’s, yet it does get an updated infotainment system, with a vertical display, sourced from the Huracan.

So, is the new Countach more than an electrified Aventador with enhanced looks? As a matter of fact, we will let the reviewer answer this question, so you know what to do next, don’t you? 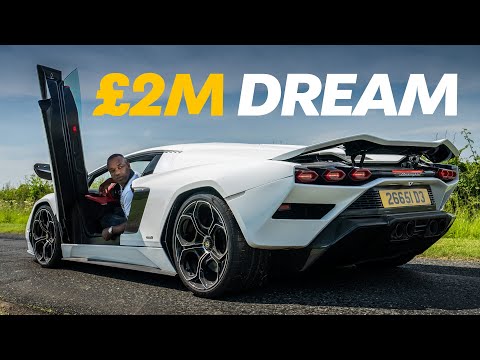