It was the last Aventador, the car that should end the 11 years career of the Italian supercar career after many other special editions.

Moreover, it was the final Lamborghini fitted with a naturally aspirated V12 engine.

As time went by, Lamborghini adopted the strategy of creating special models, which were sold with a lot more money than the regular versions. Although, sometimes, these special editions were not as special as the vehicles they derived from.

The Ultimae received a redesigned front bumper that increased the downforce. In addition, a splitter and an open air intake optimized the aerodynamics. On the sides, the Ultimae sported the same angular-shaped air intakes for the engine, placed behind the doors but adorned with unique decals. At the back, a three-position active aerodynamic wing kept the car planted on the road at high speeds and at high-speed cornering maneuvers.

Inside, the cockpit resembled the same fighter-jet-inspired atmosphere, with sport bucket seats deeply sculptured with a Y-pattern on the leather upholstery. The contrast stitching made that even more obvious. At the same time, the Lamborghini logos on the headrests completed the unique image of the Ultimae.

The Ultimae features a V12 engine behind the cabin like any other Aventador. But, unlike the rest of the range, it offered 780 PS (770 hp) at a sky-high rev range. It was still mated to the same seven-speed (dual-clutch) automatic gearbox and sends the power in all corners. While it's not way faster than the Aventador S, the Ultimae was lighter and nimbler on the race track than its sibling. 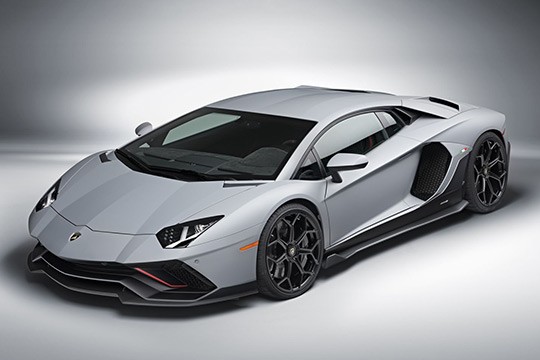 1 Lamborghini Reminds Us Of Its First Commercial Success

3 Purple Lamborghini Urus Thinks It's Twice the Car the Stock One Is, V8 Begs to Differ