1 Meet Tukaya, the Tiniest Tuk-Tuk Camper With Dreams of a Micro-House and a Heart of Gold

3 Remembering Dethleffs' All-Electric Solar Motorhome, And Why It Pulled a Disappearing Act

Work hard, play harder. Have money, spend as much of it as you want on treating yourself. This is a bit of a cliché, but it’s also a tale as old as time – and the FMC 2900R motorhome is a good example in this sense.

Some of the world’s most expensive and outrageous RVs belong to celebrities. Will Smith, Mariah Carey, Jamie Foxx, and Leonardo DiCaprio (to name just a few) are said to have spent upwards of $1 million on a recreational vehicle they only use when away for work, but which still carries the same luxurious features they’re accustomed to in their own homes.

Back in the ‘70s, for the briefest of whiles, one company aimed to turn this kind of luxury into a standard. We’re talking about the FMC 2900R motorhome, which was produced between 1973 and 1976 in some 1,000 units and represented the pinnacle of luxury mobile living. It still holds its own against modern RVs, so regardless of the limited production numbers, it turned out to be a classic.

FMC was just one of the many companies turning to making RVs in the ‘70s. The Food Machinery Corporation, which goes back all the way to 1883, had specialized in a variety of vehicles like amphibious landing craft, armored personnel carriers, railroad freight cars, and agriculture equipment (self-propelled, mechanized harvesters and garden tractors). The beginning of the decade brought a lull in revenue since most military contracts had dried up.

In 1972, FMC announced it would branch out on the market of recreational vehicles with a model they had built from scratch in Santa Clara, California, and which would be the flagship of a future planned line that never came to be. They had tested 19- and 23-foot (5.8- and 7-meter) long prototypes, but settled for a 29-foot (8.8-meter) model for mass production. It offered sleeping for up to four people, a full kitchen, full bathroom, plenty of storage, and features that were truly top of the line – and revolutionary for the time.

Powered by a rear 440 V8 engine mated to a 727 TorqueFlite transmission, the motorhome had independent front and rear suspension, and used industrial-grade components that FMC had previously built into its military vehicles. It had cruise control, power steering and brakes, and rode on Michelin tires. It had a 60-gallon (273-liter) fuel tank, a 60-gallon (273-liter) water tank, and 65-gallon (295.5-liter) dual waste holding tanks, dual air-conditioning (for the driver and the rest of the cabin), water heater, and water purifier.

It was also able to burn the waste in those tanks using heat from the exhaust, thanks to the Thermasan Waste Destruction System by the Thetford Corporation, which was offered as standard. It kicked in at over 35 mph (56 kph) and, according to FMC, turned the RV into a “self-contained, mobile, pollution-free waste destruction plant incorporating the most advanced technology,” by “batter[ing] holding tank wastes into an invisible, bacteria-free, totally harmless emission.” The goal was to avoid having to stop to empty the tank, to become part of the “unhooked generation.” Just press a button and all your poop-related troubles were dealt with.

Inside, you got a color-coordinated interior with Formica countertops and shaggy carpet throughout. The kitchen came with a sizable fridge and freezer, oven, and 4-burner range, and a dinette with two small tables. The couch could be used as a double bed at nighttime.

The bathroom separated the living area from the bedroom, and included a vanity and RV-standard toilet, with a dry shower with tub. On the opposite side was a spacious wardrobe. The sleeping area included two beds that could convert into a queen-size and a fold-down table that could be used when the room served as a “lounge.” Even more storage space was available here.

Other features included a folding TV antenna, prewiring for C radio, FM stereo radio and tape deck, lights and plugs, 40 amp converter, bench seating for two passengers in the front and a metal ladder you could climb on to reach the top deck. FMC had really thought of everything when it built this motorhome, which should hardly come as a surprise considering they spent two years on the project.

The 2900R was originally priced at $29,500, which was the price of an average house in Boston at the time. Depending on options, you could go as high as $54,000, so this was far from your everyman RV. Instead, it proved a hit with celebrities and public figures, with the likes of Josh Brolin, Clint Eastwood, Carol Burnett, Pat Boone, and Charles Kuralt among owners, together with race car drivers Mario Andretti and Parnelli Jones.

Of the 1,000 estimated units produced, some 700 are believed to have survived. Few of them are still original, having seen varying degrees of modification along the years, after extended use. The one shown in the first video below is original and unrestored, down to the orange interior, and is still fully functional; the second one, which was sold in 2019, has been upgraded and reconditioned. Whichever best tickles your fancy, you will probably agree: the FMC 2900R was one bitchin’ RV, especially if you consider that it’s been around for close to five decades. 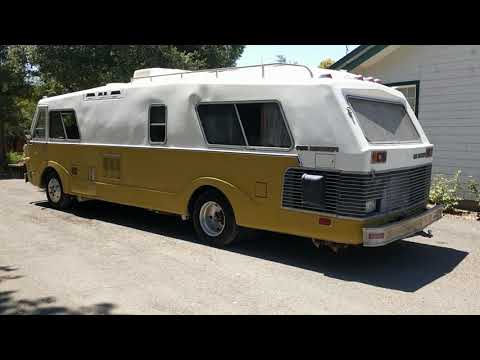 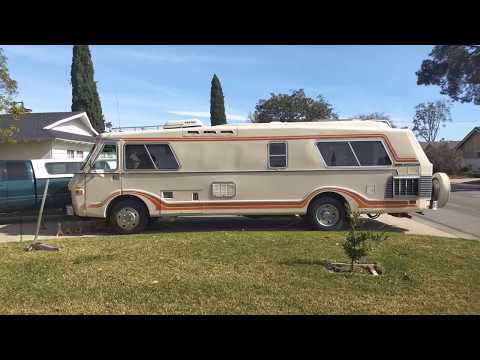