The international health crisis of 2020 helped shine a very bright spotlight on a trend that was never really new: the so-called #vanlife, or downsizing. Man’s desire to take his home on the road goes back almost to the early years of the automotive industry, even if it never before got the attention it’s getting today.

The 1930s Ford Model A House Car Was Ford’s First Attempt at a Motorhome, Awesome

Health precautions and social distancing, working from home, and an increased awareness of environmental issues, along with the rising costs of living have provided necessary fuel for downsizing. Mobile homes of all sorts, from home-made conversions and RVs to turnkey tiny homes, are now at the forefront of the downsizing trend, and serve to spread the gospel on the benefits of moving house into a wheeled unit with a smaller footprint, unparalleled mobility (duh), and reduced living costs.

The same reasons that got people into the idea of tiny living today got people into caravaning at the beginning of the 20th century – minus considerations on the environmental aspect, of course. The Ford Model A House Car, also known as the Ford House Car, or the Ford Housecar, is a perfect example of it – as well as Ford’s first official attempt at a motorhome, and presumably the first attempt ever at a Class B motorhome.

The Ford House Car was introduced in the late ‘20s, at a time when many people were not able to afford housing in big cities and, because of it, were forced to convert their vehicles into mobile homes. Unlike those conversions, this was a factory-built motorhome, and it offered sleeping for two, a kitchen and a dining area, and some storage. It was cramped, but it had a roof over the head and wheels that could take you from city to city in search of better job opportunities, and because of that, it was invaluable.

The video at the bottom of the page shows a 1928 Ford House Car, the one of two known to exist today, on display at the Volo Auto Museum in Illinois, after it was found and restored by the prestigious Flyte Camp. The other one is a 1937 model, a barn find that was eventually sold in 2001 for $35,000 after a full restoration by the owner.

The Ford House Car sat on a Model A truck, and came with a rear of wood wrapped in a metal skin painted a matching color. The interior was also all-wood, as was the roof, which had a thick canvas on the exterior to protect it from the elements. Both surviving units have expandable roofs: in the earlier model, the entire roof pops up to offer more headroom, while in the latter, only a section of it does, but it includes a skylight.

The House Car had opening windows for ventilation, and curtains on all of them for that homey feel. The passenger seat could fold down and move out of the way, to allow easy access inside. On one side was a kitchen block with counter space for meal prep, while the opposite block contained a sink and a fold-out dining table. The bed was in the back, under a large window. Storage space was available under the bed and the kitchen cabinetry.

Without a doubt, this is a very basic motorhome, offering just enough space for the daily activities and a minimum of comfort. If anything, looking at it through modern lenses, it was barely enough for one person, let alone two.

But comparing the House Car to modern motorhomes or tiny houses would mean doing it an injustice: these were the early years of the automotive industry, and this motorhome must be appreciated by those days’ standards. It is not just Ford’s first attempt at a motorhome, but also the forerunner to the Class B motorhome of today. The House Car was a complete and convenient solution for mobile living – and a well-executed one, at it. 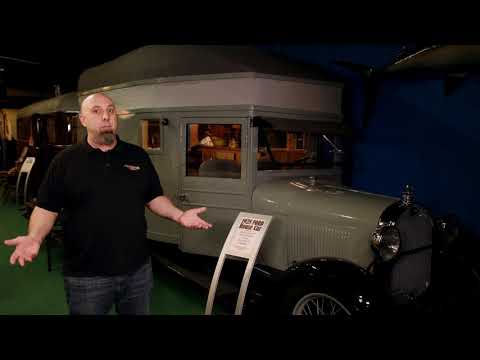 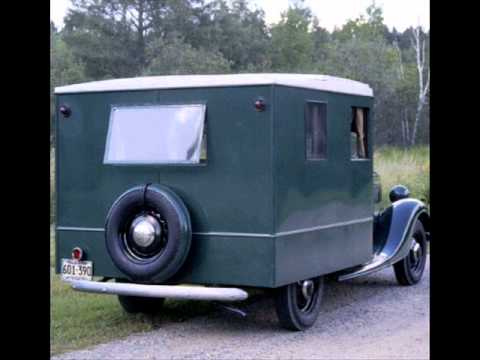