If one doesn't like the way Subaru's 2022 WRX looks, there are more than a few options. All of them, though, involve a certain degree of patience.
26 photos

For example, one could buy a unit and send it on its merry way to a trusted aftermarket shop for a few cool enhancements. Alternatively, fans might want to spend some time saving additional cash and opt for the (hopefully) upcoming WRX STi incarnation. But the waiting time already gets longer.

Some could even fancy a few of the depictions stemming from the imagination of pixel masters. But in this case, patience might need to be eternal. Alternatively, there is always the cheaper option of searching for a unit on the used car market.

If being almost two decades old poses no issues, if having rather huge mileage is also not a problem, and if one loves the traditional World Rally Blue paintjob, then perhaps this 2004 Subaru Impreza WRX STi might be perfect for a Subaru Tecnica International fan. Those are a lot of “ifs,” especially since there are no bronze wheels to complete the WRC picture.

Alas, at least this JDM glory sedan proudly residing in the inventory of Grand Rapids, Michigan-based Garage Kept Motors is way more affordable than expected. But that shouldn’t be a major surprise when considering the mileage inscribed on the odometer. No less than 123,690 miles (almost 199,060 km) reside there, which at least means this STi loved to be driven.

This would be rightful of its high-performance heritage, complete with the panache of being part of the first model year when the WRX STi was allowed access in the United States. Other particular highlights for this turbocharged 2.5-liter H4 Symmetrical All-Wheel Drive car include a few aftermarket modifications. Such as the COBB tuning, Cat-back exhaust, turbo timer, and more.

As far as pricing is concerned, this might be entirely sensible... if not for the rather big mileage. Well, the quotation of $29,900 might also be negotiable, so perhaps the WRX STi has another chance of being driven (hard) some more. 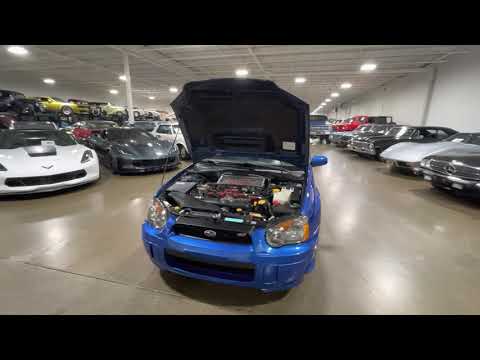