Subaru dropped the Impreza badge from the WRX version in 2014 and, by 2021, it launched the second generation of the acclaimed model on a completely different platform than the regular Impreza.

When Subaru introduced the WRX lineup as a top-performance version for the Impreza, it did it to emphasize the connection with the World Rally Championship, but FIA banned them from using the WRC lettering, thus resulting in the WRX version. By 2014, the WRX badge was even better known than the Impreza nameplate, so Subaru chose to create a different lineup named WRX.

In 2021, Fuji Heavy Industry, owner of the Subaru brand, introduced the second generation of the WRX, which didn’t share its platform with the rest of the Impreza range. The carmaker built it on its new Subaru Global Platform, and it includes more safety features than before.

The WRX featured a different front fascia with compact LED headlights and run-around daytime running lights, unlike the regular Impreza. Its hexagonal grille, with a wider upper area, sported the Subaru logo in the middle, while the front bumper was designed with a black lower side to cope better with stone chips. From its sides, the angular cuts for the wheel wells featured black plastic over fenders, similar to those used on SUVs.

Inside, the carmaker placed a tall, 11.6” touch-screen placed atop the center stack. The instrument cluster featured two wide analog dials that flanked an LCD between them for the onboard computer. For the top trim level, named GT, the carmaker added Recaro sport bucket-seats with specific embroidery.

Another important upgrade was for the 2.4-liter turbocharged flat-four engine under the hood. That sent its torque in all corners via an intelligent all-wheel-drive system via a six-speed manual or an eight-speed automatic gearbox. 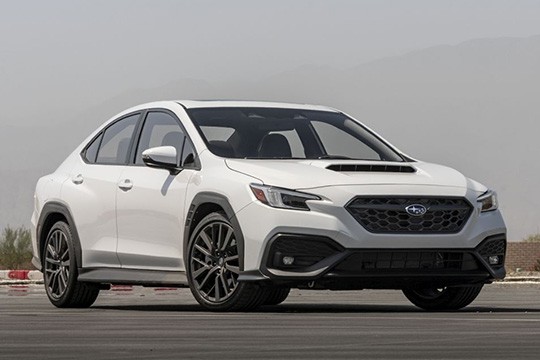 3 Mama Bear Has a Sleepover in Someone’s Subaru, Throws Quite a Party

5 Subaru Recalls Nearly 60,000 Units of the WRX to Replace the Backup Lamp Switch