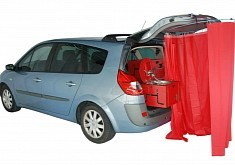 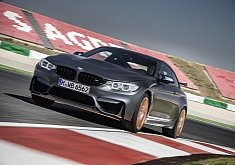 The World’s Worst Parker Drives a Toyota Auris, and the Struggle Is Real

6 Mar 2018, 14:08 UTC · By: Vlad Mitrache / It looks as though Toyota isn't happy with the third position it's currently in after being beaten by both Volkswagen and the Renault Nissan Mitsubishi Alliance

19 Apr 2017, 16:53 UTC · By: Mircea Panait / While we wait for Toyota to rethink its contender in the compact car segment, the Japanese automaker decided to apply the special edition treatment to the Auris

Toyota Celebrates 4 Million Cars Made in Britain with Auris Hybrid

2 Nov 2016, 18:31 UTC · By: Mihnea Radu / Quietly, Toyota is giving Europe's elderly drivers what they want, which is efficient, reliable compact hatchbacks and crossovers

21 Apr 2016, 00:19 UTC · By: Mihnea Radu / The Auris has been available as a hybrid since the previous generation. However, Japan is only now getting the car because the Prius looks like a sedan

5 Feb 2016, 22:31 UTC · By: Mihnea Radu / While in America this car was callled the Scion iM and in Europe the Auris, the Toyota compact hatchback keeps the Corolla name in Australia

2 Dec 2015, 16:40 UTC · By: Mihnea Radu / Ever wondered how you can install a bike rack of Thule box on your car without paying a fortune to the local dealer? Just watch these videos

25 Sep 2015, 12:24 UTC · By: Mihnea Radu / Gundam are giant robots that fight eachother in space for power, politics and sometimes love. the red Zaku is old news, though

Worst Parking Ever Achieved by Australian Teen in Toyota Corolla

Is This the Upcoming 2016 Toyota Corolla Facelift?

12 Mar 2015, 12:32 UTC · By: Tudor Rus / Toyota has released a video about their Safety Sense systems that are being explained on the upcoming Toyota Corolla facelift

4 Mar 2015, 13:43 UTC · By: Tudor Rus / The refreshed Toyota Auris just debuted at the Geneva Motor Show, with a fresh face matching the rest of the range and a new turbo engine

23 Feb 2015, 08:42 UTC · By: Tudor Rus / Toyota will bring the Auris facelift next month in Geneva, along with the upgraded Toyota Avensis, in an attempt to reinforce their European-dedicated range

11 Feb 2015, 16:51 UTC · By: Gabriel Brindusescu / No autonomous driving from Toyota, but a series of new driving assists should work perfectly fine to keep passengers and pedestrians safe

12 Nov 2014, 13:25 UTC · By: Gabriel Brindusescu / How do you come up with another “youthful” Scion model that’ll perfectly haul students around the campus in between parties? You grab a Toyota Auris, give it some crack and Voila! ...

22 Sep 2014, 09:41 UTC · By: Gabriel Brindusescu / Last week, Toyota teased us with a new model’s shadow, with only the head and taillights being clearly visible. We thought it was the Auris Cross, but now the automaker flicked the lights on a...