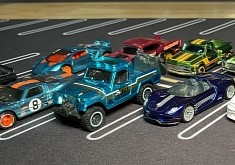 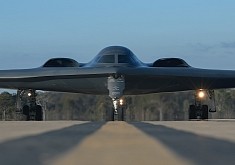 8 Oct 2022, 15:30 UTC · By: Mircea Mazuru / In preparation for the Dakar Rally, Audi Sport completed the Morocco Rally with its three Audi RS Q e-tron rally cars, further testing them to their limit

30 Sep 2022, 20:11 UTC · By: Mircea Mazuru / The Super73 C1X is the brand's first electric motorcycle - the manufacturer just released a video in which we can see a prototype being tested

Tesla Shares Pictures of Extreme Heat and Durability Tests in Dubai, No One Buys It

30 Aug 2022, 22:53 UTC · By: Gustavo Henrique Ruffo / What is the purpose of testing vehicles that are already on the market for ages? Why do they look like regular cars that just went for a photo shoot?

20 Jan 2022, 08:42 UTC · By: Cristian Gnaticov / Ford's exec Mike Levine took to social media to show the new Ford Bronco Everglades, which is due this summer, in the snow

1 Jan 2022, 19:32 UTC · By: Gustavo Henrique Ruffo / It shows that Tesla lacks something crucial to be considered a major automaker: we’re just not sure if it is testing or planning – probably both

How to Test an Aircraft Engine, the Russian Way – Fly It Through a Volcanic Ash Cloud

29 Oct 2021, 05:54 UTC · By: Otilia Drăgan / For the first time in history, a Russian aircraft engine was tested by challenging it in an aggressive volcano ash environment.

11 Aug 2021, 11:06 UTC · By: Sebastian Toma / Ford has enhanced its roster of test drivers with two robots, nicknamed Miles and Shelby. They are there to go further where human drivers may feel unwell.

Meet the 4–005 Prototype, the Most Battered and Bruised Chiron You’ll Ever See

12 Mar 2021, 08:23 UTC · By: Aurel Niculescu / Still very much covered in a modern-looking layer of full camouflage, the upcoming seven-seat crossover boasts about the technologies lying underneath

22 Feb 2021, 12:37 UTC · By: Aurel Niculescu / CEO RJ Scaringe is enjoying development tests even when it's freezing cold as his company recently deployed a prototype in -19 degrees weather

19 Jan 2021, 10:34 UTC · By: Aurel Niculescu / Unfortunately, there's no context surrounding the instrument cluster footage, and we can only speculate they're testing it for an upcoming upgrade program

6 Dec 2020, 09:47 UTC · By: Dragos Chitulescu / When you're pushing the boundaries of technology, there's a new challenge waiting at every turn, and the guys at Rimac are facing these challenges head on

5 Nov 2020, 16:12 UTC · By: Vlad Radu / One of the most recognizable features of any Mercedes is the way it handles. We look at the arduous process of developing this feature.

Lucid Air Beta Prototypes Come Out to Play in the Snow

22 Apr 2020, 13:14 UTC · By: Daniel Patrascu / A few months ago two Air prototypes, called Beta 4 and Beta 5 underwent winter testing in northern Minnesota, video of them now published by the company

16 Aug 2019, 09:59 UTC · By: Daniel Patrascu / A final decision on a possible production version of the Infiniti Project Black S will be taken by the end of the year, carmaker says

11 Jul 2019, 12:57 UTC · By: Daniel Patrascu / The Nissan Leaf is the only of five cars tested by the Green NCAP to score the maximum five star rating, almost all the others scored three stars