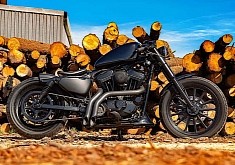 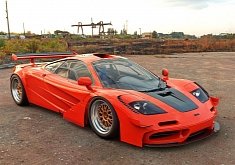 McLaren F1 Gets Senna Makeover, Looks Like the Master of Downforce

This VW Dune Buggy Is Quirky, Weird, Uniquely Cool and Up for Sale

11 Dec 2022, 17:23 UTC · By: Bogdan Bebeselea / While dune buggies have lost some of their popularity, they can still provide a lot of fun to anyone who owns one, and this 1973 VW dune buggy is a cool option

Exercise Your Driving and Sales Skills in Car Dealer Driver, Out Now on Switch

19 Jun 2021, 06:34 UTC · By: Aurel Niculescu / Pixel master Al Yasid (aka yasiddesign on social media) has cooked up a thoroughly modified R35 Nissan GT-R Nismo that could very well serve as a pre-runner

1 Aug 2020, 04:22 UTC · By: Elena Gorgan / When he’s not riding Harleys, Momoa is riding Harleys into the desert, where he gets on SxSs and dune buggies, and then shares it with the world

22 Jul 2020, 08:43 UTC · By: Elena Gorgan / It happens to be the best of us: star’s vehicle is towed for failing to have a beach permit, and she has to hitch a ride with fiance Alex Rodriguez

9 Jun 2020, 04:33 UTC · By: Elena Gorgan / Inspired by the original 1964 Meyers Manx Buggy, the Berluti buggy exudes style and craftsmanship, is incredibly light but safe, and bound to make you stand out

30 Apr 2020, 13:02 UTC · By: Daniel Patrascu / 1968 Volkswagen Maxi Taxi is one of those build project that turn into lovable machines, in this case with the capabilities of a dune buggy

Return of the Dune Buggy: Volkswagen Revives Iconic Vehicle of the 1960s

31 Jan 2019, 10:10 UTC · By: Daniel Patrascu / Volkswagen did not reveal the name of the machine, nor any technical details about it, but it did say this is, at least for now, only a concept

23 Feb 2018, 14:53 UTC · By: Daniel Patrascu / New details about the Hyundai Kite released by IED and Hyundai, ahead of the concept's official presentation at the 2018 Geneva Motor Show

2 Dec 2015, 16:07 UTC · By: Sebastian Toma / The car customizing legend passed away last month, but his legacy lives on. Those who want a piece of it can purchase Barris' personal Dune Buggy prototype

When Lewis Hamilton Wants to Have Fun, He Drives a Dune Buggy Really Fast

3 Aug 2015, 13:11 UTC · By: Ionut Ungureanu / Lewis Hamilton is not just a two-time Formula One world champion, he also is a great car person who adorse driving any type of vehicle

Dune Buggy for the Rich Costs More than a Lamborghini Huracan

23 Jan 2015, 13:36 UTC · By: Gabriel Brindusescu / When you’re picturing a dune buggy for yourself you usually get through two options - the iconic budget ones based on old VW Beetles or the full-on off-roading beast offered by Local Motors. H...

25 Nov 2014, 09:49 UTC · By: Ionut Ungureanu / She has been spending the last few days between promoting her newest fragrance and hosting different parties in Dubai, but there always has to be some fun including in any of her ventures. So Kim Ka...

17 Nov 2009, 09:49 UTC · By: Alex Vasile / Being blind can’t possibly be easy, but a team of Virginia Tech students and SolidWorks CAD software are trying to make things easier by helping blind drivers see with their hands and ears. Su...