2 The Death of the Mopar HEMI V8 Will Be an All-Time Automotive Tragedy, Here’s Why

Remember when in 2014, the late Fiat Chrysler CEO Sergio Marchionne said something along the lines of “don't buy it” about the Fiat 500e electric vehicle sold in the United States?

Well, he was brutally honest about losing money every time someone purchased that puny EV that was never meant to do any business in America – but had to because of the California EV mandates. Today, it feels like Stellantis, the massive conglomerate that was formed after PSA Peugeot Citroen married Fiat Chrysler Automobiles, is at a 180-degree turn of a page from that bygone era. And, frankly, that is a good thing, just like Ferrari with their first SUV.

In a few succinct brush strokes, the company enacted upon the general EV revolution desire, especially in America – while no one expected the old-school behemoth to do so. In fact, the American brands of the group felt like they were decades behind the competition. And, perhaps, it was just a ruse. Look at them today, as they strive to make us forget about old and decrepit stuff with very cool limited editions, plus a general attitude towards a phenomenally successful and sustainable future.

Sure, not all pieces of the puzzle have felt locked in place just yet. For example, although we know the 2023 Chrysler 300C to be the 6.4-liter Hemi V8 final effort of the series, we do not know if what comes next will be just as satisfying as a big, hulking sedan with a brawny ICE powertrain. Also, we have no idea if the upcoming Ram 1500 EV will be capable of truly ducking it out with the competition that is already on the market and the rivals currently on their way. But more on that in a moment.

Before that, I want to also consider the Last Call Dodges to be a genius move. As in, the big Stellantis kahunas said the ICE Charger and Challenger need to be retired and the Dodge guys came out and said: ‘can we at least have one last massive, collectible hurrah?’ And the bosses said yes, then the little fellas said: ‘ok, can we have seven of them?’ And, unbelievably, the answer was a positive one, again. Frankly, I bet the 2023 Ford Mustang will have nothing on the Dodge Challenger and Charger sales…

Anyway, back to the Ram truck with zero emissions that will soon grace us in concept form during a November 16th online reveal, I think the corner offices are finally taking logical steps to give it some much-needed help by way of PHEV and EV crossovers from Jeep. As in, ‘either if you do or do not want a full-size EV pickup truck, can we at least/also interest you in a PHEV or battery-exclusive Jeep SUV for the missus, or the in-laws?’ And that, right there, is another genius stroke – as much as the one where, in counterpoint, Ford is placing 100% faith on an ICE-exclusive S650 run of the iconic Ford Mustang.

As for the upcoming Ram Trucks 1500 EV pickup truck, that one has been long and hard in the making. Though, as a side joke, they still have enough time to arrive on the market before the 2019-announced Tesla Cybertruck! Leaving all puns aside, the pickup truck-oriented division is having it easier than expected because Ford’s F-150 Raptor R cannot stand a chance against the Ram 1500 TRX, especially in terms of pricing – and the latter has become a truly sensible matter during these crazy inflation days.

So far, we know little about the Ram 1500 EV that will arrive solely in concept form just before autumn’s end. But we might see Stellantis taking its sweet time to better learn from the early adopter mistakes made by its foes. Let me explain. For example, they should not come out with something that weighs like a tank, such as the GMC Hummer EV. Also, they need not worry about the lack of confidence in their abilities (to survive, mostly) as Rivian does. Instead, the one big question is how to cope with the Ford F-150 Lightning and upcoming 2024 Chevy Silverado EV (plus GMC Sierra Denali EV). 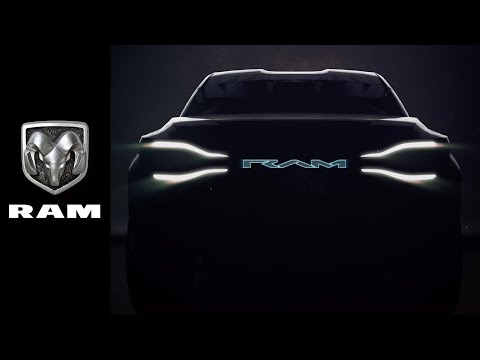