Back in 2008, when the four-door Lamborghini Urus SUV was just wishful thinking, the Sant'Agata Bolognese, Italy-based exotic automaker envisioned a possible sedan expansion of the lineup. And it took the real-world form of the company’s Estoque one-off concept car.
13 photos

Right now, considering the crossover, SUV, and truck-crazed context of the automotive world, Lambo’s head honchos probably look back and sigh in relief they didn’t go through with the initial production plans. After all, a decade later they placed a much saner bet on the Urus and won the big pot.

But that doesn’t mean the idea of a Lamborghini sedan isn’t without its fans, even more than a decade after the introduction of the Estoque prototype. So, here’s Jake, the pixel master behind the j.b.cars account on social media, assuming the duty of envisioning a contemporary take on a possible (yet highly unlikely) Lamborghini sedan.

Of course, just so the CGI work is a bit easier (not by much, though, as the behind-the-scenes video embedded below clearly shows), he piggybacked on something that’s already dwelling in the real world. It’s not a blatant virtual hijacking, considering the base model is also from the same group. But it’s also an obvious mashup between the Lamborghini Urus cues and the design of Audi’s e-tron GT.

Logically, that makes us think the pixel master’s vision involves electrons, not gasoline. And a couple of electric motors, instead of the 650 ps/641 hp 4.0-liter V8 mill. But that’s quite all right if the CGI expert thought about the RS version. After all, that one also comes with up to 598 ps/590 hp and the ability to reach 100 kph (62 mph) in a mere 3.3 seconds – with overboost.

Now, considering the huge expansion of the Audi brand into e-tron full EV territory (e-tron, e-tron Sportback, e-tron GT, Q4 e-tron), it wouldn’t be outrageous to think that Lambo will soon reap the electron-sipping benefits from the development process as well. Only that it’s highly unlikely it will be for a sedan... of any sort. 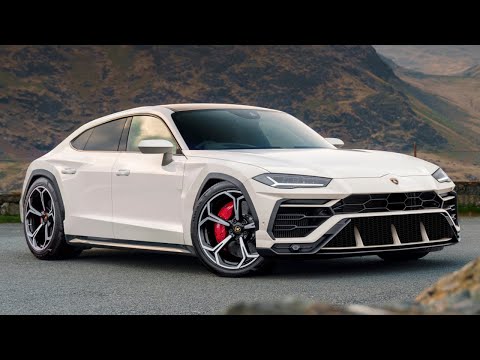