5 Inside the 2022 Hot Wheels B Case, Super Treasure Hunt BMW Revealed
Car video reviews:
Up Next

Why are Hot Wheels so addictive? Is it because it's cheaper to own all your dream cars when they're built at 1/64th scale? Does it have to do with the way we humans are built inside? Perhaps it's because they can turn out to be a good investment for the future? Well, irrespective of the reason, it's hard to quit collecting once you get started.
31 photos

We're approaching the end of 2021. And yet, a lot of Hot Wheels collectors are still struggling to find the missing pieces for their collection. There were 250 Mainline cars offered by Mattel in 2021, including 50 new models, 15 Treasure Hunts, and 15 Super Treasure Hunts. Of course, the list is much longer than that, if you consider the Car Culture sets and various other series. These days you can even get a Hot Wheels NFT!

But all eyes are now turning towards the 2022 cars as we've already seen several collectors opening up the first two cases for next year. And now it's time to see what's inside case number 3. Be on the lookout for the rarer models, namely the Dodge Van Super Treasure Hunt and the Pixel Shaker Treasure Hunt. Even if you don't like these two, in particular, they can still be useful for trading, or you can even sell them for a profit.

Any X-Men fans will be delighted to see the return of the X-Jet, now featured in black instead of the Navy Blue used on the first edition. If you don't mind unlicensed castings, then you'll probably want to get your hands on the new Bricking Trails. But the most exciting part of the new C Case is that we're finally getting a scale replica of the Ford Mustang Mach-E 1400!

This white finish is the first one presented by Ford, but we'll probably get a SEMA-style recolor later on next year. While this looks quite good from the side, the front view is somewhat disappointing as it doesn't have any headlights. But hey, that's the cost you have to pay with the cheaper mainline models. The Subaru WRX STI hatchback gets its 17th recolor with case C, so it just doesn't feel as exciting anymore.

The 1973 BMW 3.0 CSL race car is also back, this time in a non-STH version. Although this has been available in several iterations before, people will most likely still get it due to its timeless design. I've seen people fighting over the Tesla Cybetruck before, so it's a good thing this is included in the newest case. It is a bit odd not to see a recolor, but then again it stays true to Tesla's original vision.

Another novelty for Hot Wheels is the 2020 Toyota Tacoma, offered in Voodoo Blue, as part of the HW Hot Trucks Series. But perhaps one of the coolest cars, in this case, is the 1994 Bugatti EB110 SS, now offered in yellow! That's not to say that the Mud Studs Edition Ford Bronco isn't going to cause a stir on its own! 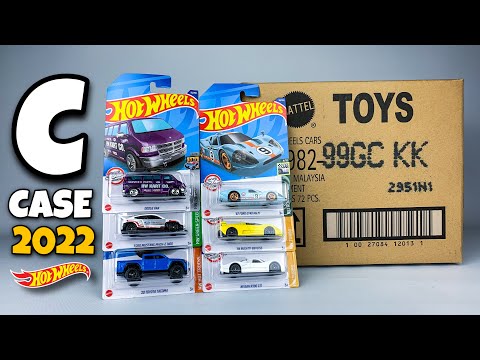 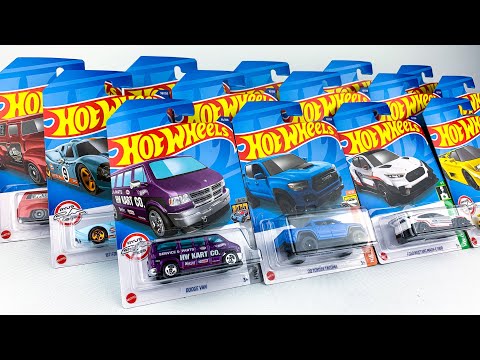