Holden Torana LC GTR “Real Deal” Gets Ferrari V12 Swap, Because Why Not?

Australia and General Motors go a long way back. The Detroit-based automaker set up shop in the Oz way back in 1926, acquired Holden in 1931, and retired the brand in 2020 in favor of imported Chevrolet sports cars and pickup trucks. Despite this pitiful termination of the Aussie subsidiary, classics such as the Torana are certain to live on forever.
7 photos

Introduced in 1967, the compact sedan was redesigned in 1969. LC is how the company used to call this generation, which offered a four-cylinder engine as standard or a straight-six powerplant with up to 3,049 cubic centimeters of displacement. The LC GTR also featured a carbureted sixer motor, but the one we’ll cover today is a little different from its peers. Very, very different...

Real Deal is how Castlemaine Rod Shop calls the one-off build, which has received a free-breathing V12 from the best name in the business. The powerplant was reportedly sourced from a Ferrari 612 Scaglietti, a four-seat GT produced by the Prancing Horse of Maranello from 2004 through 2011.

Replaced by the all-wheel-drive FF, the Pininfarina-designed gran turismo pays tribute to Sergio Scaglietti, the coachbuilder who gave us the bite-the-back-of-your-hand beautiful 375 MM, 250 Testa Rossa, and the 250 GTO.

Offered with a six-speed manual or an automated manual, the aluminum-bodied 2+2 develops 533 ponies and 434 pound-feet (588 Nm) of torque. By comparison, the inline-six LC GTR cranks out less than 150 horsepower.

In stark contrast to GM LS V8 and Ford Coyote V8 swaps, there’s no such thing as a Ferrari Tipo F133 V12 swap kit. Castlemaine Rod Shop had to modify the front crossmember for the dry-sump motor to fit in the engine bay. The go-faster shop had to cut the hood too, but it was definitely worth it because a Ferrari-powered Holden isn’t exactly a common sight in the Oz.

Going forward, the one-of-one build will receive a Powerglide automatic transmission and a road-going setup rather than a strip-slaying makeover. 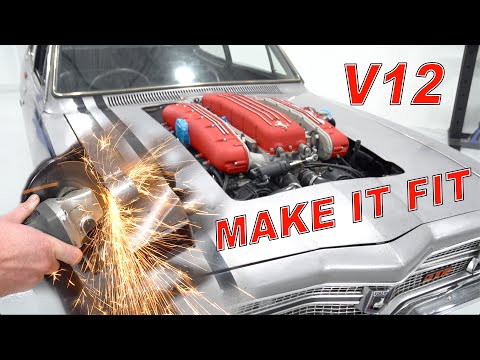 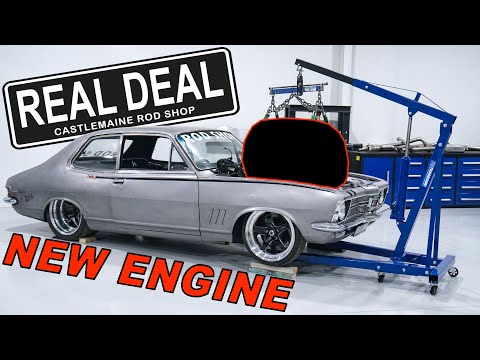