3 Neither Batman Nor James Bond Can Afford Their Iconic Cars, Batmobile and DB5

4 A New DeLorean DMC-12 May Come Sooner Than Expected, Courtesy of Italdesign

5 The DeLorean DMC-12’s Grand Comeback Could Be All-Electric, New DeLorean Says
Car video reviews:
Up Next

Produced between 1981 and 1982 in limited numbers in Ireland, the DeLorean wowed the world with stainless-steel bodywork penned by the one and only Giorgetto Giugiaro at Italdesign. The wow factor wore off pretty much immediately over atrocious quality, a driving experience that left much to be desired, and John DeLorean’s questionable management.
6 photos

Another problem with the DMC-12 is what you’re getting for the money. The gullwing-doored coupe used to retail at $25,000 in 1981 or $75,530 adjusted for inflation, which was too much dough for a free-breathing V6 with a SOHC valvetrain and just around 130 horsepower on tap. But for all the wrongs of the ‘Lorean, we can’t get enough of them because of Back to the Future.

Nick Reid of Reid Performance couldn’t care less about the original powerplant, which is why he teamed up with Otsuka Maxwell Design for a one-off restomod that will upset DMC-12 purists. The car in the following clips also features a V6, but it’s a twin-turbo lump of South Korean origins.

Sourced from a Kia Stinger GT and augmented by machined intercoolers, the engine is good for 487 horsepower at the rear wheels. That’s more than 550 horsepower at the crankshaft, probably pushing into 600-hp territory if the parasitic losses are minimal. For reference, OMD has dyno’d a Ferrari 458 Italia with 570 crank horsepower at 405 rear-wheel horsepower.

What other secrets can be found under the rear deck? The list of upgrades further includes a custom intake manifold cut from aluminum, a one-gallon surge tank, port injection, and a couple of Garrett boosty snails.

Reid and the go-faster shop have also swapped the bone-stock manual transmission for a Porsche 911 transaxle that came off a 996.2, a six-speed stick shift equipped with a limited-slip differential to bring the point home. Capable of much more than 88 mph (142 kph), the one-off build is rounded off by KW coilovers, sticky tires, and high-performance brakes. 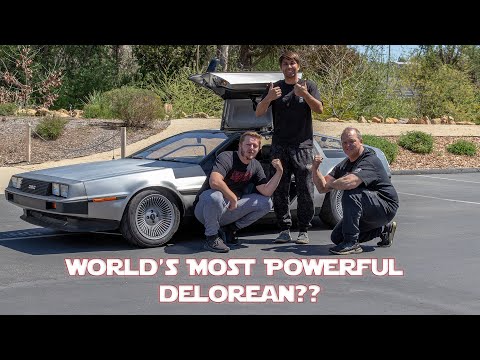 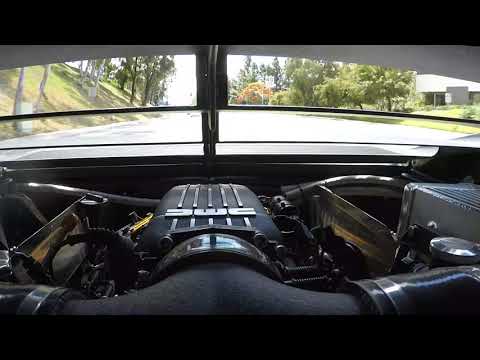