5 Tesla Is Set To Build a New Gigafactory in North America, and Canada Might Be the Place
Car video reviews:
Up Next

All of these aspects of the business were discussed earlier this month at Tesla's Cyber Roundup (check video below). The meeting was held at Giga Texas, the company's 2,500 acre (1011 hectares), 10 million square foot (929,030 sq m) manufacturing facility just outside Austin, Texas.

What shareholders were most interested in was the timeline for bringing the Tesla Cybertruck that was first introduced three years ago into production and to on to the marketplace. The news was somewhat sobering and delivered by Musk himself, dressed in all black, including dark glasses and a black cowboy hat.

Musk explained production and tooling equipment would begin arriving at Giga Texas in the next couple of months, with Cybertruck production slated to begin in mid-2023 if all goes well. He talked about commodity inflationary issues that are pushing the vehicle's price point, which was set at $39,900 (39,068 euro), to $50,000 (48,948 euro).

The increase may hold value to customers with the increased range provided by the improved 4680 battery.

The production plans are corroborated by reports out of Germany that Tesla has ordered production machinery bound for Giga Texas, presumably for Cybertruck production. The machinery would support a production rate of up 750,000 vehicles per year. Tesla has previously stated the target for the Cybertruck stands at 250,000 per year.

In addition, the IDRA Group, a metal casting specialist in Italy, announced that it had begun work on a 9,000-ton Giga Press for Tesla; one that would certainly be capable of stamping the back section of the Cybertruck.

The real question is not whether Tesla can meet their stated production schedule. One has to wonder if there is a market for the Cybertruck big enough to suit Musk. The market would certainly not be as wide open as it was when Tesla introduced its first electric car back in 2009. Tesla essentially created the EV movement and competition was slow to counter.

That will not be the case with the Cybertruck. Think about it. Why do you think Tesla moved to Texas? Sure, the state does not have a corporate income tax (although there is a levy on gross receipts), there is plenty of land, and the minimum wage is tolerable; all better than California by far.

They could have moved to Nevada or Wyoming to cut the costs of production even further. But no, they moved to Austin because the state of Texas is the pickup capital of America. By sales volume, Texas is the largest pickup truck market in the U.S. with almost one in five vehicles registered in the state being pickups.

That may seem to bode well for Tesla, but there is a bigger issue than Texans loving their pickup trucks - the Ford Motor Company.

Tesla landed itself smack dab in the middle of Ford country, and getting the wonderful good ol' ranchers and oilmen to opt out of their F-150 in favor of a goofy, looking futuristic, Cybertruck will be a tough sell, not only in Texas but nationwide.

Ahead of the 2021 model year, Ford commissioned a Penn Schoen Berland survey of 2,000 Americans to find out how they felt about their Ford pickups. The survey found that 82% would rather give up their streaming service that their truck, 79% would give up drinking alcohol, 71% would give up coffee, 47% would give up their phone, 44% would stop eating red meat, and 38% percent would abstain from sex.

It gets worse for Tesla, as the base F-150 Lightning is $39,947, albeit with maybe some performance deficits when compared to the Cybertruck, but that remains to be seen.

What we do know is that Ford has garnered a head start in the electric truck market much as Tesla did in their early years with cars. The F-150 Lightning is extremely popular and sold out for 2021, with a considerable waiting list and a tremendous amount of momentum moving into the 2022 model year.

The legacy of the Ford Motor Company, which has built and fostered customer loyalty for over 100 years, will be difficult to overcome in the pickup truck market. Dodge and GM have been chasing Ford for decades and have not even come close to matching Ford's success with the F-150.

Data sent to Torque News suggests there may be up over 3 million pre-orders for the Cybertruck as of last November, but remember back then it was only $99 to reserve one and converting all of those to actual deliveries is another issue all together.

Musk's Cybertruck must first get rolling out of Giga Texas to gauge exactly how the future will play out; and let's not forget Rivian as a threat to Tesla's ability to penetrate the market. After all, Rivian is already producing vehicles, while Musk is playing catch-up. 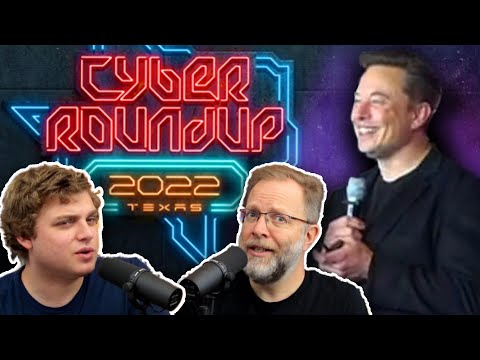