Naturally, given its eleventh-generation Civic connections, the feisty Type R has quickly made pixel masters dream of two-door Coupe versions. Those might hopefully remind Honda of the previously available sporty body style and Acura that this should have been the way forward for its Integra revival – at least according to 99% of the nameplate’s fans. However, others are eager to take a different path.

For example, the virtual artist better known as Theottle on social media tempts our imagination with the unofficial assumption that Honda would try and rival Toyota's little hoot that has made everyone who is passionate about hot hatchbacks fall in love with the Japanese automaker all over again. Of course, that would be the highly desirable yet cramped three-door Toyota GR Yaris.

The CGI expert has used the latest behind-the-scenes making-of video (embedded below) as the perfect opportunity to imagine the subcompact Honda City Type R. The City was originally a small, three-door hatchback and two-door convertible devised for the JDM, Euro, and Australasian, with the first generation arriving more than four decades ago, in 1981.

Over the years, it has evolved out of the initial body styles and into traditional subcompact four-door sedans for developing markets. Lately, though, it has also gained a five-door hatchback version to go along with the seventh-generation model and effectively replaced the Fit/Jazz nameplate across certain markets.

So, it could be said that it has gained enough traction to perhaps also sport a high-performance version of its own – at least virtually. Now, after seeing the quick CGI morphing from City HEV to City Type R, is this little five-door Hot Hatch desirable, or is the world better off left with just the Toyota GR Yaris three-door? 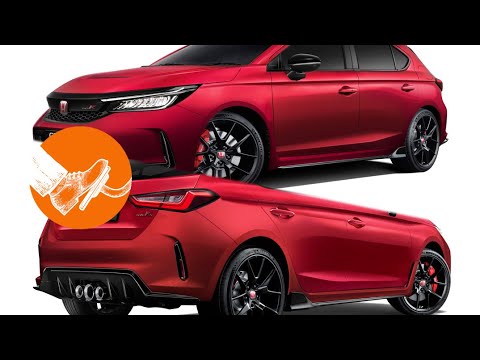