Some automotive virtual artists are truly special. Either because they are overly artsy, too prone to outrageous CGI mashup indiscretions, or simply due to their quirkiness.
11 photos

As far as this last category is concerned, one of the best examples I can think of every time he gives us something digitally new, yet still ratty, is Dom Host, the pixel master better known as altered_intent on social media. His love for virtual Rat Rods is so great that he not only churns them out on his social media reel, but this designer also embarked on a journey of DIY self-discovery.

As such, he now identifies himself not only as a 3D designer but also as a chassis fabricator, suspension designer, and – above all – a Rat Rod builder. Alas, he is niched even among the latter niche, as one of his most prized DIY projects – and one that has almost killed off his CGI interests as of late – is a 1959 Edsel station wagon dubbed the “2J_ZED” estate.

And why is that? Well, probably because when it’s done, this rather hideous yet cool Edsel will sport Toyota’s infamous 2JZ engine under the hood. By the way, not long ago, the master designer and builder also decided to spill the progress beans about his ratty car project. Now, even better, we are finally getting a virtual update on the progress – along with the real deal, courtesy of the author’s latest YouTube vlog episode.

They are all neatly embedded below for your viewing pleasure (or total discomfort at the thought of an upcoming carbon fiber horse collar grille), as the planning stages are gradually advancing in the right, summer fun-loving surfboard-perched-on-top direction. Plus, the patina is mostly absent (for now), replaced by a nice combination of ratty silver and yellow, including on the stanced aftermarket wheel and Goodyear tire combo that hints at the upcoming performance capabilities. 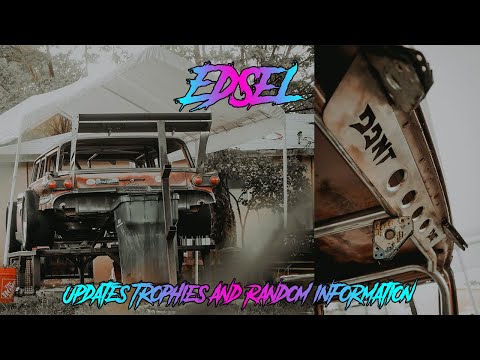