Nissan’s ultra-popular Rogue compact crossover SUV – aka X-Trail outside of the United States and Canada – will soon feel the heat from the newly introduced 2023 Honda CR-V. So, what can be done?
20 photos

Frankly, the Rogue fans are not in a great zone right now, as the Japanese company has issued several recalls that also concern the family CUV (among others) over the summer. But there is one great way to wipe away the shame, even if only virtually.

The good folks over at the AutoYa info channel on YouTube have decided that Nissan’s feisty Nismo brand needs to expand its reach even further and include larger crossovers as well, not just sports cars, tiny CUVs or passenger cars, and a lonely SUV hero. So, they quickly imagined the looks of the unreleased and unannounced Rogue Nismo compact performance SUV.

You see, officially, Nismo only cared about the little stuff – including the nimble Z cars, the GT-R, the Juke/Micra/Note subcompacts, or the Silvia. Briefly, it did offer stuff like the Sentra Nismo, but today the only SUV in the performance crowd is the Patrol Nismo, and that one is offered solely across the Middle East markets. So, wouldn’t it be swell to have something for North America, as well?

Well, the channel’s pixel master has an entire series of feisty crossover SUVs in development, with the turbo V6 Rogue Nismo joining the likes of hypothetical rivals such as the Toyota GR RAV4 or the Honda CR-V Type-R in trying to secure the most powerful and fastest SUV title. Alas, it is all wishful thinking, at this point – as these visions are not substantiated by any rumors, spied prototypes, or OEM teasers.

Still, they do get the usual treatment, complete with exterior and interior POVs, as well as an entire (unofficial) color palette to make sure everyone can choose their favorite hue in advance. So, does the Rogue Nismo get a CGI hall pass as well, or not? 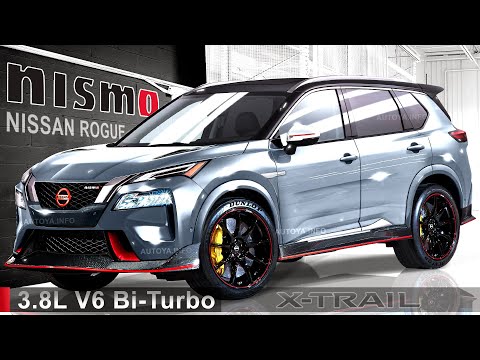