5 BMW M3 Touring vs. Lexus IS Sportwagon, the Brawl We Crave for but Will Never Get
Car video reviews:
Coverstory

Porsche knows very well that it struck EV gold with its first-ever Taycan. So, the premium German sports car maker is diligently taking care of every single example, as well as all the people around it. And that includes stars and regular folk, just as equal. Additionally, the company is also thinking about its next big sustainable step.
24 photos

Allegedly coming either towards the end of the current year or early 2023 is the second-generation Macan crossover SUV. The decision has been made and the next iteration will be exclusively powered by a zero-emission setup. As such, the brand is now checking that everything fits the new, Taycan-shared credentials.

Naturally, Macan prototypes have not eluded the cameras of our spy photographer partners. Albeit, in addition to a heavy layer of camouflage, snow also helped to hide the styling traits of the all-new generation. Well, that has never stopped the intrepid automotive virtual artists, right?

Using the current Macan as the template, along with cues that still perspired through the heavy coats adorning Porsche’s prototypes, there is a new digital project to try and raise the curtain. The pixel master better known as SRK Designs on social media decides to remaster the upcoming second-generation Macan SUV after the Taycan EV. In spirit, not necessarily in terms of design.

Of course, comparisons to the sporty sedan and Shooting Brake will become inevitable once Porsche officially introduces the Macan Mk2. After all, the rumor mill points to ample technology sharing, complete with platform, dual motor setup, as well as two-speed automatic transmission. We can also easily guess that hp and torque levels will be closely related, along with the battery packs and high-speed charging capabilities.

All will be revealed in due course. In the meantime, let us check out the behind-the-scenes peek embedded below at the rendering process that led to the creation of the CGI expert’s unofficial version of Porsche’s cool Macan. It is always entertaining, especially at a higher speed than normal. 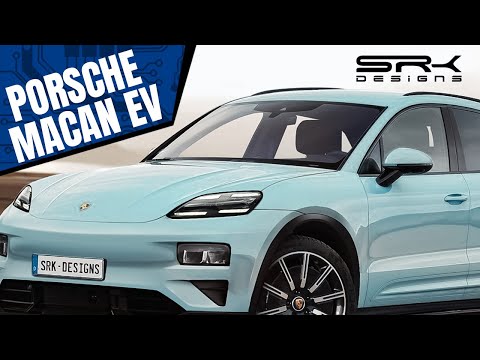