So, for a few weeks now, it has become official – the seventh-generation Z-Car pricing easily undercuts the main GR Supra rival, although if you want the best trim for road and track shenanigans things almost level off. Oh well, we all know the hype is great, and the new Z was long overdue, so it is no wonder that collectors even jumped at the opportunity of owning a special, flagship Proto.

Speaking of cool Z variants, the regular sports car has not even reached dealerships across the United States, and already people are starting to crave (a lot) more. Well, at least that is the other revelation brought upon us by the massive fan interest for this wishful thinking “400Z NISMO.”

This feisty digital project arrived on social media courtesy of the virtual artist better known as hycade, who can easily be seen as a massive sports car fan if they are all slammed on widebody aero kits! So, after a consistent leave of absence triggered by the pixel master’s desire to kick off the proceeds on too many projects, he took a little break to “mess around” with the 2023 Nissan Z… and this is what came out!

With thousands of appreciations across YouTube and Instagram mere hours since it was digitally unleashed across the virtual realm, it is safe to say that morphing the already-cool Z into a Nismo version that is already enhanced with a spectacular widebody aerodynamic kit and rides slammed as a JDM hero has certainly struck a chord with fans. And we could not agree more, as this Nismo-flavored custom CGI project just goes to show the incredible potential for upcoming real-world builds! 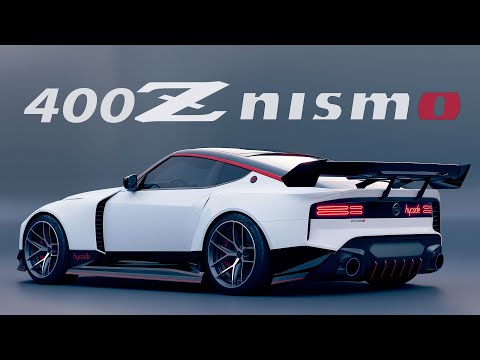