4 2023 Nissan Z on Display at the Petersen Automotive Museum

After a long and arduous wait that included JDM or Aussie teasing, Nissan has finally lifted the pricing details curtain off its seventh-generation 2023 Z sports car. And, naturally, the reviews have started flowing – potentially highlighting a few problems along the way.

Dubbed from “the 400-hp sports car that won’t break the bank” to a “heritage-rich modern take on a classic sports car” series, one can be fairly sure all the test drives and video reviews have been vetted to contain the usual praise deserved by all hyped introductions. But it is not all smell of roses, although that is not going to change my opinion about the 2023 Z being the coolest traditional ride one can buy this coming summer.

So, first things first, pricing. There are just three tiers for the U.S. market, starting at an MSRP of $39,990 (plus $1,025 for destination and handling) for the Z Coupe Sport 6MT or 9AT. Then, one can also select the Z Coupe Performance 6MT or 9AT for $49,990, as well as become a collector with one of the 240 units of Z Coupe Proto Spec. Interestingly, there are two aspects to consider.

One would be that Nissan does not place a premium on switching between the six-speed manual’s purist delight to the quicker nine-speed automatic. The second is that Nissan might bring a Cabriolet to the sports car party, otherwise, why bother to specifically name this 2023 Z as a coupe when everyone sees that it has a fixed roof?! Thirdly, we all know that Nissan and Toyota will duke it out everywhere possible in a 2023 Z versus GR Supra brawl for the ages.

Already, Hagerty and Jason Cammisa brought the two in the same spot (Willow Springs) – alongside a “comparable” $56k Ford Mustang Mach 1 and the little bonus of a slightly older British sports car. The latter author also coined the term “Germapanese” for the Toyota GR Supra’s troubled BMW Z4 birth and Austrian manufacturing foster home, and I fell in love with the moniker. But it was more about a few drag races in there, rather than the all-out Z against GR Supra war that’s brewing.

Unfortunately, I cannot judge a book by its review covers as most of them are plain traditional – only Larry Chen strikes out of the crowd with the crimson Z that drifts around the track. Oddly enough, Hagerty and Cammissa did not manage to persuade their Nissan sports car to do a burnout for some visual cookies against the GR Supra and Mach 1 tire smoke parade. Oh well, all would have been forgiven if the Z had won the races. But it did not, and that’s not a big issue – it just needs “grippier tires.”

Well, that is not going to represent a big problem because the best thing with the Nissan Z – in my opinion – is that we are looking at something that will not remain in stock form for way too long. At least as far as diehard fans are concerned, a lighter set of aftermarket wheels and grippy tires will be the first thing on the to-do list after their 2023 Nissan Z leaves the dealer lot. Then, we are going to witness some big brawls both at racetracks and especially at the prepped dragstrip.

But do not let us get ahead of ourselves, because I want to talk about affordability. So, we have seen the Z trims and what do you know – as per rumors – it is cheaper than a $43,540 GR Supra 2.0. Then, its Z Performance specification is mostly on par with the $51,890 GR Supra 3.0 while the Z Proto Spec sounds like a bargain against the $63,280 A91-CF Edition GR Supra! By the looks of it, I feel inclined to believe the 2023 Z will even eat away some of the traditional Mustang GT, Challenger R/T, and Camaro SS muscle car slices of market cake… 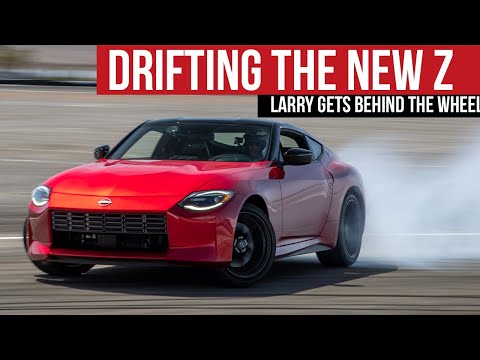 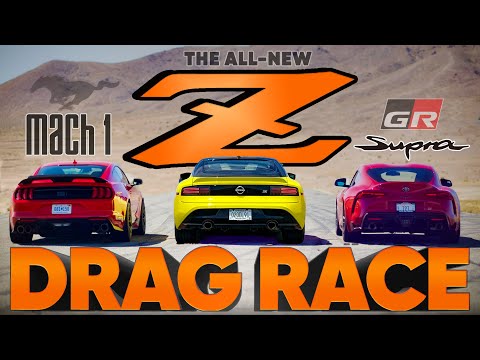