5 Third-Gen Nissan Qashqai Arrives Down Under Solely With 1.3T From AUD 33,890

After almost more than 15 years on the market, the GT-R received another upgrade, and the 2024 model year was unveiled at the 2023 Tokyo Auto Show.

When the Japanese automaker unveiled the upgraded version, it also showed the top-of-the-range Nismo, which was the most aggressive-looking and powerful. While the GT-R Premium and the T-Spec were designed mostly for daily use, the Nismo received all the bells and whistles for successful track days.

Fitted with a new and improved aerodynamic package, the GT-R Nismo managed to keep its drag resistance at the same levels as before, even though it provided increased downforce. Besides the narrower front grille fitted with thinner mesh, the enlarged lower lip, and redesigned canards, the GT-R Nismo also featured a 10% wider wing at the back. Furthermore, to complement the car's aggressive look, a set of 20" light alloy wheels with semi-slick tires were fitted on the car.

Inside, the automaker walked that extra mile to provide a better-looking and sportier interior. While the 2007 GT-R was fitted with high-bolstered bucket seats, the 2024 Nismo version came with carbon-fiber sports seats at the front. In addition, the Nappa-wrapped dashboard reduced reflections and glare, improving the driver's visibility. Atop the center stack, Nissan installed an 8" infotainment unit that featured Apple CarPlay. In addition, for specific markets, it also featured satellite radio. To further enhance the sound, Nissan worked together with Bose for the 11-speaker system.

Unlike its siblings, the Nismo version received a more powerful version of the same 3.8-liter twin-turbocharged V6. As a result, it offered 600 hp (608 PS). Still, the gearbox was the same six-speed dual-clutch system that sent the power in all corners via the ATTESA ET-S all-wheel-drive system. 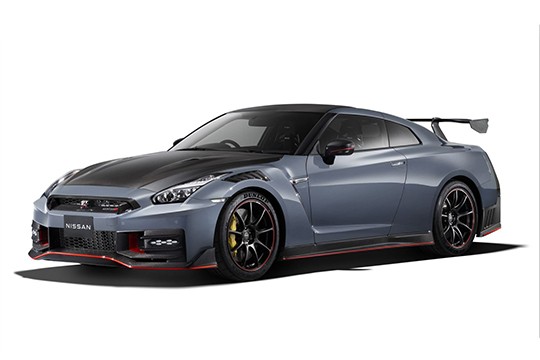